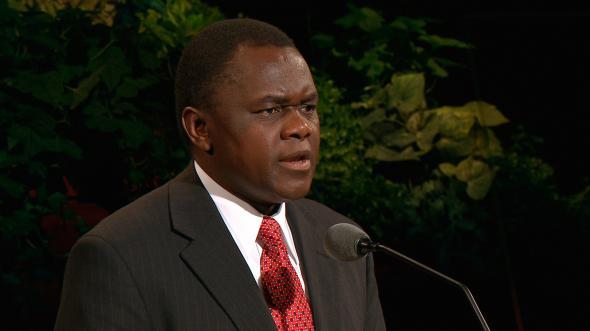 This story from Elder Edward Dube of the Seventy was published in a special edition of the Ensign celebrating the 40th anniversary of the priesthood revelation. Learn more about the Church's celebration here. As Elder Dube said, "The priesthood has blessed me and my family in every way possible. It has been a great strength to me to have the blessings of the temple, the blessing of knowing that we will live together as families for eternity."

The first time I heard about the restriction on black men holding the priesthood, I was on my mission. I was baptized in 1984 after the restriction had already ended. Two years later I was called to serve in the South Africa Johannesburg Mission.

While assigned to Bulawayo, Zimbabwe, my companion, Elder Francis Jack, and I visited a less-active sister. Her husband was a theological professor from another church. He asked us why the priesthood had been withheld from men of black African descent. He said many things that bothered me—things I had never heard before. When I walked out of that room, I felt very low and very discouraged.

Elder Jack and I rode our bikes back to our apartment without speaking. When we got there, he looked at me and said, “Elder Dube, what is wrong with you? You seem very disturbed.”

“Didn’t you hear what he said?” I responded. “How could this happen?”