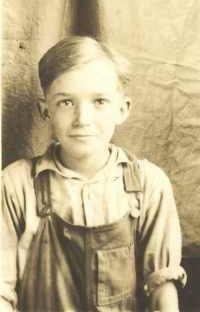 Elder James E. Talmage on Blasphemy Against the Holy Ghost and 'Unpardonable Sins'

These are the words of the 16-year-old boy.

“I am afraid I might have blasphemed against the Holy Ghost,” Gordon confessed. “I am wondering if it is possible for a child at that age to blaspheme against the Holy Ghost and not be able to be pardoned even in eternity. At that time I was one who would yield to temptation and did not think so much of the future as I do now nor did I try to live according to the Gospel as I live now nor I did not understand the Gospel as clearly as I do now.”

What a thing to disturb the thoughts of a young boy! Yet, I suppose it isn’t so very different from the concerns of the young Joseph Smith, who, concerned about the state of his soul, took his fears and questions to God in the spring of 1820. Gordon, though, committed his own worries to paper, and wrote to James E. Talmage, one of the most senior apostles of the Church.

“Knowing that you are an authority on Mormonism, I write to you for your explanation on the sin against the Holy Ghost. Is it absolutely impossible for a member of the Church who is twelve or fifteen years of age to commit an unpardonable sin?”