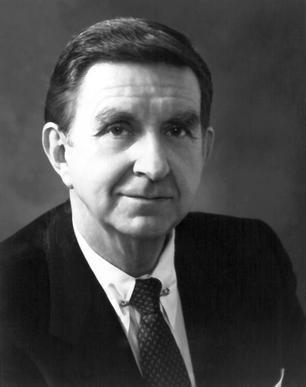 A submarine chaser in the Navy during World War II, Elder Marion D. Hanks risked his life to fly into hot combat zones during the Vietnam War to minister to LDS soldiers.

When a few of the first letters he wrote back to the families of soldiers didn't arrive until after the soldiers were killed in action, Elder Hanks took to staying up late into the night dictating the letters. Each morning, he put the tapes on a plane back to Utah, where his secretary would immediately type and send the letters.

"I can tell you by experience in my own family that a letter from a General Authority who has recently visited your 'loved one' in the field in Vietnam is a morale-builder," Army Col. Russell Meacham said in the book Saints at War about the letter sent by Elder Hanks to Meacham's family.