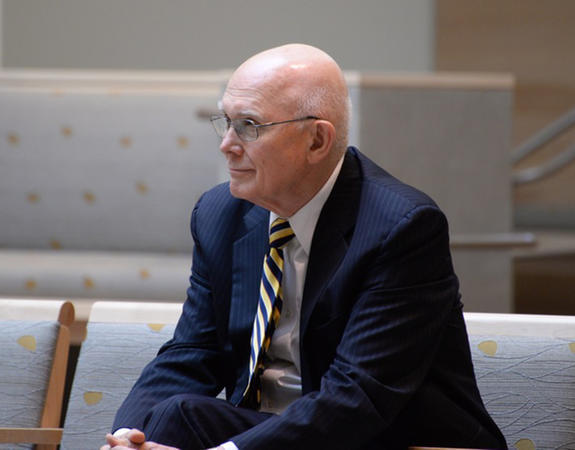 MR says: For more from Elder Oaks on achieving balance and accommodation amidst cultural wars, read or view his full speech here.

Believers and non-believers should seek fairness for all instead of total victory when laws and religious principles conflict, said Elder Dallin H. Oaks of the LDS Church's Quorum of the Twelve Apostles on Tuesday.

In a newsmaking speech to judges and clergy in Sacramento, California, that included general criticism of the culture wars and a narrow critique of Kim Davis, the county clerk who defied a court order to issue marriage licenses to same-sex couples in Kentucky, Elder Oaks provided limited praise for the U.S. Supreme Court ruling that legalized same-sex marriage nationwide and statements by President Obama supporting free speech and respect for religious speech.

At one point, he noted that “neither the government nor its citizens should tolerate veto of law (either its text or its operation) by officials not formally authorized to do so,” saying that principle applies to both a county clerk acting on religious grounds as well as an attorney general or governor refusing to defend a law on secular grounds.

The bulk of his remarks centered on a list of principles, some general and some specifically directed at either believers or non-believers, designed to help all sides resolve differences on church-and-state issues "without anger and with mutual understanding and accommodation."