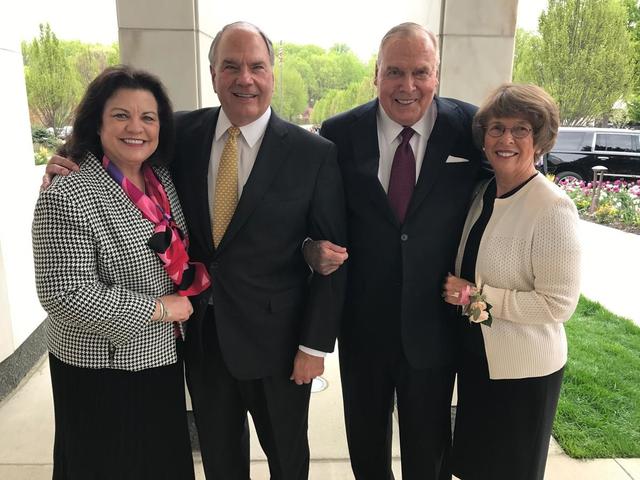 "Integrity cannot become a lost art form for those of us who are disciples of Jesus Christ," Elder Ronald A. Rasband said.

In 1976, industrial tycoon Jon Huntsman Sr. pulled a young Ron Rasband out of college. He mentored the truck driver's son. He groomed him for leadership. In 1987, he made him president of Huntsman Chemical.

Then in 2003, their roles flipped. As an LDS Church general authority, Elder Ronald A. Rasband became president of the faith's Utah Salt Lake City Area. Among those he was to supervise was an Area Seventy named Elder Jon M. Huntsman Sr.

"When I became his area president," Elder Rasband said, "he came of his own accord to me and said, without any hesitation, 'Well, Ron, the roles are now reversed. Put me to work. What do you want me to do?' It was a wonderful experience."

Elder Rasband shared that story Tuesday after delivering a BYU devotional on integrity. He peppered the talk with illustrations from Huntsman's life. Huntsman died Feb. 2 at age 80.