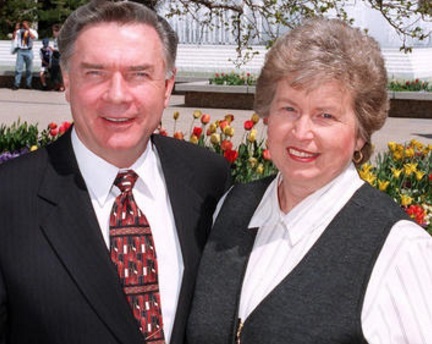 What a life of love and of service. We are praying for Elder Halverson's family.

Elder Halverson, former president of Halverson Mechanical Inc., was sustained to the Second Quorum of the Seventy at April 1998 general conference of The Church of Jesus Christ of Latter-day Saints. He was a counselor and president in the Pacific Islands Area presidency and later a counselor in the North America East Area presidency. He was released from the Seventy on Sept. 30, 2006.

Elder Halverson also served in the Utah House of Representatives from 1967 to 1978, then four years in the Senate. He was majority whip and majority leader in the House and was a strong advocate for then-Weber State College.