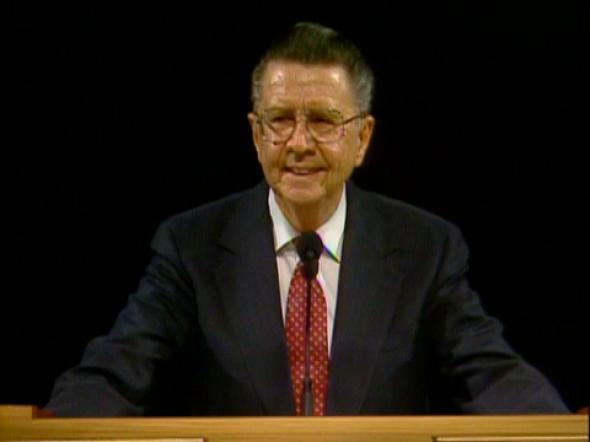 Our prayers are with Elder Rulon G. Craven's family.

Born to Gerald and Susie Schultz Craven in Murray, Utah, on Nov. 11, 1924, Elder Craven was the oldest of four children. He grew up in Boise, Idaho.

During World War II, young Rulon joined the Merchant Marines. At the time, he did not qualify for regular military service because of his weight — he was 22 pounds below the minimum weight. In an Ensign article from 1991, Elder Craven credits his love for the Book of Mormon to his time in the service.

“While I was in the service, I read the Book of Mormon and fell in love with its truth,” said Elder Craven.