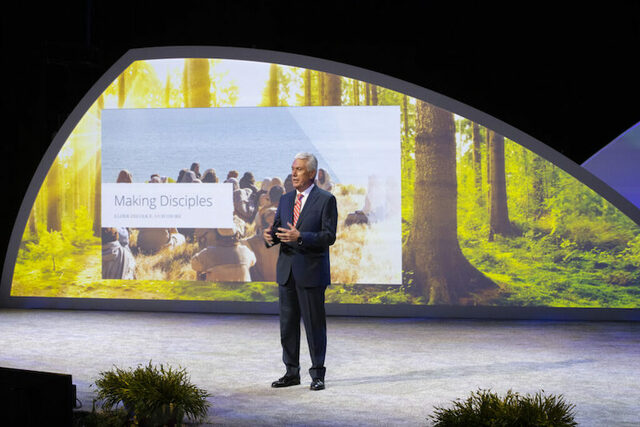 At the 2020 Mission Leadership Seminar, Elder Dieter F. Uchtdorf spoke about the value of using technology wisely and encouraged those who may feel like they are underprepared to serve God.

Church News reported that Elder Uchtdorf quoted President Spencer W. Kimball in 1974, who said, “I believe that the Lord is anxious to put into our hands inventions of which we laymen have hardly had a glimpse.”

“He was thinking of small recording devices back then, but the Lord had bigger plans,” he said, speaking of the use of technology such as tablets and smartphones in missionary work. Additionally, missionary work has been adapting due to the world’s current circumstances in some positive ways.

“It has been said that the recent pandemic may have been a ‘divine reset’ that could help us recalibrate our efforts to reach more people—and especially a younger audience,” he said.

In his closing remarks, Elder Uchtdorf addressed the feeling of being underprepared when it comes to serving the Lord. He gave a powerful reminder that can give comfort when going forth to serve: “You are never alone!”

There are other tools and resources available for new mission leaders to help them in their service, Elder Uchtdorf added, but direct communication with God is the most valuable of all.

“Most importantly, you have God’s words, His Holy Scriptures and the unspeakable gift of the Holy Ghost, and you have a channel to speak directly to your and our Heavenly Father in the name of His Son Jesus Christ in prayer. The Father and the Son direct this work through the Holy Ghost — you are never alone,” he said.

Read more of Elder Uchtdorf’s thoughts on the wise use of technology at Church News.