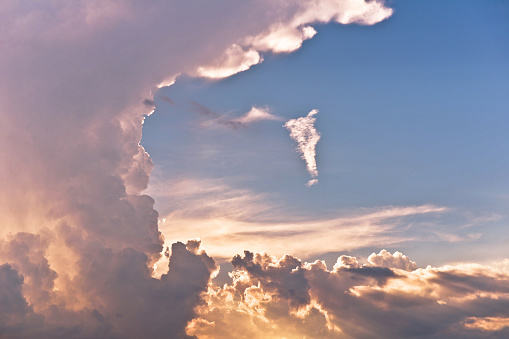 The celestial kingdom—the highest kingdom of glory and home to our Heavenly Parents and our Savior.

Prophets have glimpsed this heavenly realm. Scriptures have depicted this paradise. But by no means do we know all there is to know about the highest kingdom of glory.

Joseph Smith, who saw a vision of the celestial kingdom, said, "Could you gaze into heaven five minutes, you would know more than you would by reading all that ever was written on the subject” (History of the Church, 6:50).

However, there are a few things we know about the celestial kingdom from scriptures and from revelations about this heavenly realm.

Here are five fascinating things we know about the celestial kingdom based on these scriptures and revelations.

1. Those in the celestial kingdom will have stewardship over the lesser kingdoms.

Within the celestial kingdom, there are three degrees of glory (D&C 131:1) and we know through the scriptures that the highest degree of glory is called exaltation.

In addition to receiving a testimony of the Savior, repenting through the Atonement, receiving the ordinances of salvation, and obeying the commandments in order to enter the celestial kingdom (D&C 76:50-70; 76:92-96), there is an additional requirement for exaltation—eternal marriage (D&C 131:2).

“There is no Latter-day Saint who dies after having lived a faithful life who will lose anything because of having failed to do certain things when opportunities were not furnished him or her. In other words, if a young man or a young woman has no opportunity of getting married, and they live faithful lives up to the time of their death, they will have all the blessings, exaltation, and glory that any man or woman will have who had this opportunity and improved it. That is sure and positive” ("Marriage for Eternity,"Eternal Marriage Student Manual (2003), 167–83).

For those who enter exaltation, we know they "shall be gods" living from "everlasting to everlasting" and "all things are subject unto them," including angels who do not enter into exaltation (D&C 132:20).

However, the symbolism of Rev. 12:1 suggests that everyone who obtains celestial glory will have stewardship over the lesser kingdoms, namely the terrestrial and telestial kingdoms, which are described with the glory of the moon and stars (Jay A. Parry, Donald W. Parry, Understanding the Book of Revelation).

2. Everyone in the celestial kingdom will have a Urim and Thummin.

Before entering the celestial kingdom, each individual will receive their own white stone or Urim and Thummim with a new name inscribed that will be "the key word" (D&C 130:11).

The phrase Urim and Thummim is a Hebrew term that means "lights and perfections." We know from D&C 130:8 that the place where Heavenly Father resides is "a great Urim and Thummim" and from D&C 130:7 that it looks like "a globe like a sea of glass and fire, where all things for their glory are manifest, past, present, and future, and are continually before the Lord."

We know from Rev. 15:2 that this sea of glass and fire also indicates a celestial sphere and the presence of God (Jay A. Parry, Donald W. Parry, Understanding the Book of Revelation).

The earth, once it receives its celestial glory, will also become a Urim Thummim and look "like unto crystal . . . whereby all things pertaining to an inferior kingdom, or all kingdoms of a lower order, will be manifest to those who dwell on it" (D&C 130:9).

But we cannot receive our own Urim Thummims until we enter the celestial kingdom. As Brigham Young explained:

“. . . every man who lived on the earth was entitled to a seer stone, and should have one, but they are kept from them in consequence of their wickedness, and most of those who do find one make an evil use of it” (Michael Hubbard MacKay and Nicholas J. Frederick, Joseph Smith's Seer Stones).

3. There is no night in the celestial kingdom.

In the celestial kingdom, there is no night and "no need of the sun, neither of the moon, to shine in it: for the glory of God did lighten it, and the Lamb is the light thereof" (Rev. 21:23, 25).

We can infer, then, that there is no darkness in the celestial kingdom.

We also know from Joseph Smith's First Vision in the Sacred Grove that Heavenly Father and Jesus Christ shone with "brightness and glory [that] defy all description" (JS-H 1:16-17) and from Rev. 22:5, that ". . . there shall be no night there; and they need no candle, neither light of the sun; for the Lord God giveth them light: and they shall reign for ever and ever."

According to D&C 88:7-13 and Rev. 21:23, there will not even be a need for secondary light, like the sun, moon, or stars because they only have the power to shine in the first place because of the light of Christ.

9 As also the light of the stars, and the power thereof by which they were made;

10 And the earth also, and the power thereof, even the earth upon which you stand.

11 And the light which shineth, which giveth you light, is through him who enlighteneth your eyes, which is the same light that quickeneth your understandings;

4. There is no temple in the celestial kingdom.

When John refers to seeing a temple, it's possible he is referring to the entire celestial kingdom as a temple. Another possible explanation is God himself is the temple, as pointed out in Rev. 21:22. In addition, Jay and Donald Parry share:

"What John may mean, then, is that there may be no single structure called a temple in heaven; everything about the heavenly experience partakes of the spirit and beauty and light of the temple. . . . In the celestial world we will actually live in God's presence. Perhaps, rather than go to a sacred edifice to draw near to the Lord, we will seek to go to him directly; rather than go to a sacred edifice to make covenants and agreements with God, we will most likely go to him directly. In the celestial kingdom, the temple ceases to be a means to come unto God—we will go to him directly" (Jay A. Parry, Donald W. Parry, Understanding the Book of Revelation).

5. The earth will become the celestial kingdom after the Millennium.

After the Millennium, there will be "a new heaven and a new earth" (Rev. 21:1), meaning the earth will be sanctified and receive its celestial glory.

". . . for after it hath filled the measure of its creation, it shall be crowned with glory, even with the presence of God the Father; that bodies who are of the celestial kingdom may possess it forever and ever; for, for this intent was it made and created, and for this intent are they sanctified" (D&C 88:18-20).

"And I heard a great voice out of heaven saying, Behold, the tabernacle of God is with men, and he will dwell with them, and they shall be his people, and God himself shall be with them, and be their God" (Rev. 21:3).

In the celestial Zion, there will be no more death, sorrow, crying, or pain.

"And God shall wipe away all tears from their eyes; and there shall be no more death, neither sorrow, nor crying, neither shall there be any more pain: for the former things are passed away" (Rev. 21:4).

And the earth will become "like unto crystal . . . whereby all things pertaining to an inferior kingdom, or all kingdoms of a lower order, will be manifest to those who dwell on it" (D&C 130:9) just as it is where Heavenly Father dwells.

The following insights from LDS author and BYU professor of Church history Brent L. Top give us a glimpse into what those in the celestial kingdom might experience based on attributes gained in the spirit world.

Brigham Young taught that when we enter into paradise we will be “free to travel with lightning speed.” He compared this spiritual movement, including what we today call “time travel,” to lightning or electricity (or perhaps we could add fiber optics, satellites, and internet). These, Brigham said, “furnish a fine illustration of the ability and power of the Almighty. . . . When we pass into the spirit world we shall possess a measure of this power.”  Perhaps this is what the Prophet Joseph meant when he said of described the righteous spirits as being “enveloped in flaming fire.”  Here is another example of enhanced capacities of the spirit bodies.

Elder Orson Pratt spoke extensively of the mode of communication in the spirit world. There, he said, communication isn’t dependent upon sound waves and auditory nerves in our ears. Instead, we communicate mind to mind, spirit to spirit. In my research I came across many accounts of non-LDS near-death experiencers who spoke of this telepathic communication. That may sound like something out of Star Trek, but in reality the scriptures and prophets describe it as the “spirit of revelation”—that is, God speaks to our minds and hearts (see D&C 8:2–3). That is perfect communication.

There is another aspect of this enhanced capacity of righteous spirits in the spirit world that I really look forward to—increased ability to learn and retain knowledge. President Brigham Young stated, “I shall not cease learning while I live, nor when I arrive in the spirit- world; but shall there learn with greater facility.”  Orson Pratt explained this ability by declaring: “Instead of thinking in one channel, knowledge will rush in from all quarters; it will come in light like the light which flows from the sun, penetrating every part, informing the spirit, and giving understanding concerning ten thousand things at the same time; and the mind will be capable of receiving and retaining all.” 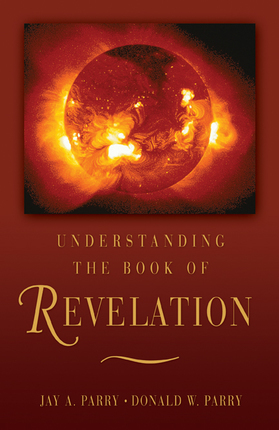 Filled with scores of symbols and images, John's “glorious vision,” as set forth in the book of Revelation, is often a bewildering vision at that. In this new study guide, the authors examine the book of Revelation phrase by phrase, including the actual scripture passages and revealed corrections from the Joseph Smith Translation.

Some of the important themes that come from this sacred text include Jesus Christ, the last days, the Second Coming, good versus evil, God's judgments against the wicked, safety for the righteous, and the temple. Applying the best available sources of commentary from a variety of scholars, Donald and Jay Parry show that the book of Revelation is meant for us to understand and that it is possible to understand it.

Understanding the Book of Revelation is a timely book as we approach the twenty-first century.