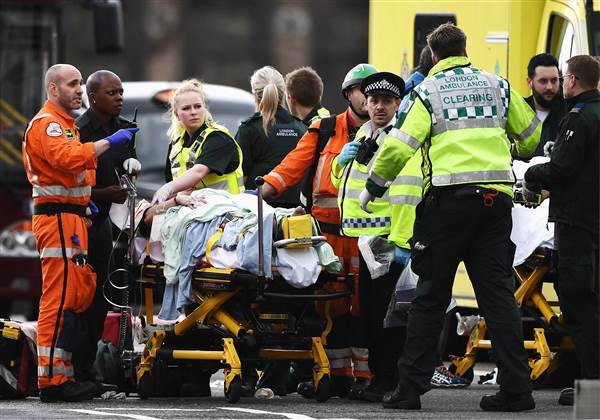 On their last day in Europe on a trip to celebrate their 25th wedding anniversary, Utah couple Kurt and Melissa Cochran were caught in the midst of London's deadliest terrorist attack in 12 years. Three died and another 40 were injured when a lone attacker plowed his car into a large crowd and then stabbed a police officer to death on U.K. Parliament grounds.

► You may also want to read: Church Makes Statement After Deadly Terrorist Attack in London

Kurt Cochran was among those who died and Melissa was injured in the attack. Melissa's parents are currently serving as temple missionaries in London, according to Church spokesman Eric Hawkins.

"Our family is heartbroken to learn of the death of our brother- and son-in-law, Kurt W. Cochran, who was a victim of Wednesday's terrorist attack in London. Kurt was a good man and a loving husband to our sister and daughter, Melissa. They were in Europe to celebrate their 25th wedding anniversary, and were scheduled to return to the United States on Thursday. Melissa also received serious injuries in the attack, and is being cared for in the hospital. We express our gratitude to the emergency and medical personnel who have cared for them and ask for your prayers on behalf of Melissa and our family. Kurt will be greatly missed, and we ask for privacy as our family mourns and as Melissa recovers from her injuries."

We are praying for the Cochrans and their family.