A Heisman Trophy winner in 1990, a two-time All-American, and a NCAA record-setter, Ty Detmer made quite a name for himself even before his 12 years playing in the NFL.

Having grown up as a Methodist in Texas, Ty Detmer feels that his decision to attend Brigham Young University didn’t occur by happenstance. “Starting to put Heavenly Father in the forefront [during high school] was a big step for me, and I really feel like I was guided to BYU,” he told the Deseret News. “I really feel like there was a path for me, and making good decisions opened that door for me.”

Between his roommate, Eric Mortensen, and his girlfriend, Kim Herbert, Detmer became regularly exposed to Latter-day Saint beliefs. Eventually, Herbert asked Detmer if he would consider taking missionary discussions. He agreed, but only if Herbert was willing to take “Methodist discussions.” 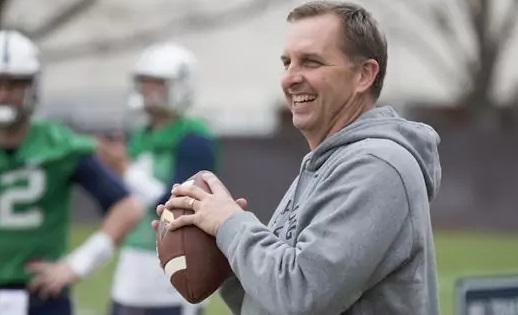 The two began alternating going to church with Latter-day Saints and Methodists until Detmer decided he did want to meet with the missionaries. Detmer was baptized on February 2, 1991, just two months after winning the Heisman. He and Kim Herbert were sealed in the Salt Lake Temple by President Thomas S. Monson later that same year. 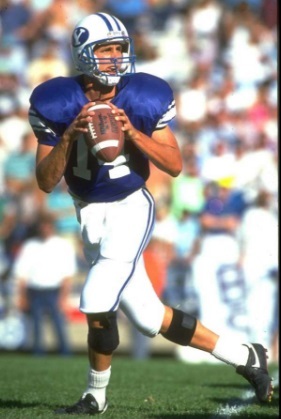 “It was really a pretty easy conversion because it was all the things that I wanted,” Detmer told Deseret News. “I wanted the opportunity to administer to my family, to have eternal marriage, to be able to be sealed in the temple. Those are all things that I thought, ‘That’s the way it should be.’ That’s what I grew up believing.”

When difficult moments later arose in Detmer’s life and his career, he remained grateful for the role the Church played in his life: “To have that backbone so that as we go through life, we can turn to our Heavenly Father and know that it’s not always going to be perfect, but I know that Jesus Christ is our Savior and through repentance, it doesn’t matter where I start. It’s where I end up and how I do things going forward and how I react to things.”