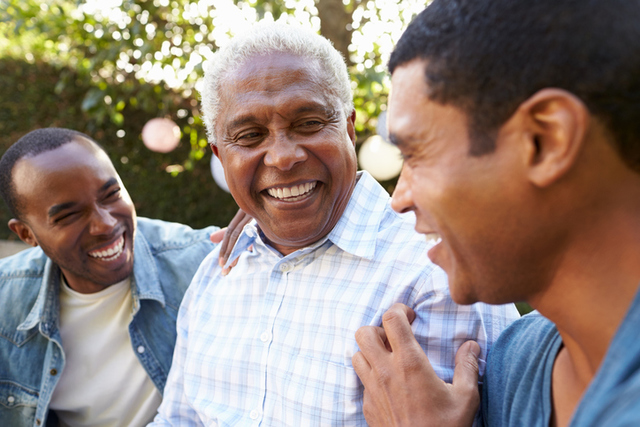 What "The New York Times" Got Wrong About Fathers 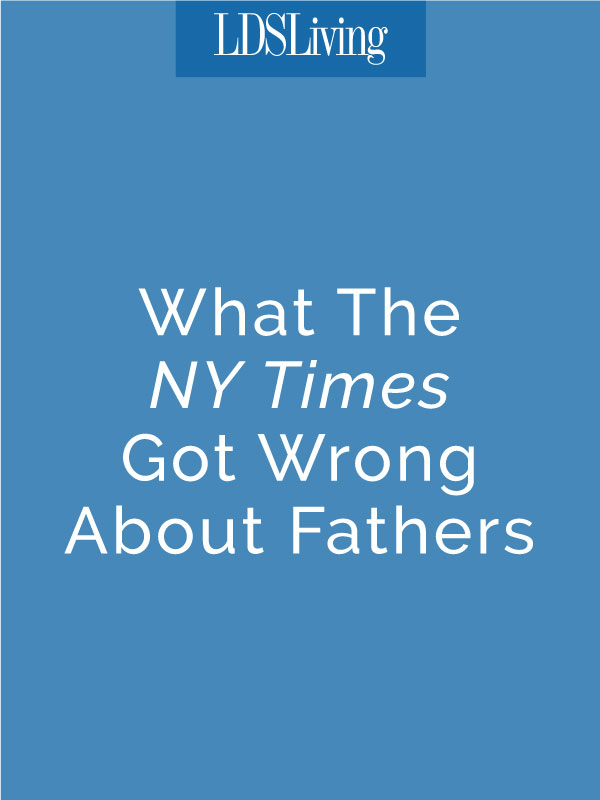 The New York Times apologized this week for an article they published Sunday about how men performed in the home when the women in their lives went to participate in the women’s march.

After receiving a lot of backlash for the article "How Vital Are Women? This Town Found Out as They Left to March," The New York Times apologized for how they handled the situation.

The Huffington Post wrote: “The article, however, wasn’t about women or the extraordinary political challenges they’re likely to face under President Donald Trump. Rather, it focused on upper-class suburban dads in the liberal enclave of Montclair, New Jersey, who on Saturday had to ― gasp! ― look after their own children while their wives marched for equality.”

Today, there seem to be plenty of debilitating stereotypes about both men and women. Although the article was well-intended (to highlight fathers’ abilities), it, along with some comments on social media from those who did not like the story, reminded us people still believe and live in those apparent stereotypes. In fact, this story had the opposite effect, in that it reinforced the stigma that fathers don’t usually know what to do if their women counterparts leave the home.

“As a Church, we believe in fathers. We believe in ‘the ideal of the man who puts his family first.’ We believe that far from being superfluous, fathers are unique and irreplaceable,” Elder D. Todd Christofferson said in his April 2016 conference address, “Fathers.”

Let us realize that it is more important than ever to not succumb to creating or fostering negative stereotypes, but let us also remember what we know about our divine roles.

Both men and women, fathers and mothers, have divine responsibilities and capabilities in raising a family. God would not command us to do something if He did not already provide a way for it to be accomplished (see 1 Nephi 3:7).

In The Family: A Proclamation to the World, we read, “Husband and wife have a solemn responsibility to love and care for each other and for their children. . . . Parents have a sacred duty to rear their children in love and righteousness, to provide for their physical and spiritual needs, and to teach them to love and serve one another, observe the commandments of God, and be law-abiding citizens wherever they live. Husbands and wives—mothers and fathers—will be held accountable before God for the discharge of these obligations” (Italics added).

Men and women are equal. God has already shown that to us. We are, however, different in gender and different in roles—but does this mean one partner is less than the other? No. Does this mean we cannot adapt? No. The parents of each family receive revelation to know how their individual family needs to work, according to divine laws.

“By divine design, fathers are to preside over their families in love and righteousness and are responsible to provide the necessities of life and protection for their families. Mothers are primarily responsible for the nurture of their children. In these sacred responsibilities, fathers and mothers are obligated to help one another as equal partners” (The Family: A Proclamation to the World, Italics added).

Fathers and mothers are critical to the future of God’s kingdom and our society. God needs us to know our potential and He wants to encourage us to reach it.

To men, Elder Christofferson gives a mandate and encouragement:

“Perhaps the most essential of a father’s work is to turn the hearts of his children to their Heavenly Father. If by his example as well as his words a father can demonstrate what fidelity to God looks like in day-to-day living, that father will have given his children the key to peace in this life and eternal life in the world to come. A father who reads scripture to and with his children acquaints them with the voice of the Lord.”

Although many in the world want to put down the importance of the roles of fatherhood, I for one will stand for fatherhood and disseminate the truth about the divine role of the father.

“Certainly teaching the gospel is a shared duty between fathers and mothers, but the Lord is clear that He expects fathers to lead out in making it a high priority. (And let’s remember that informal conversations, working and playing together, and listening are important elements of teaching.) The Lord expects fathers to help shape their children, and children want and need a model,” Elder Christofferson said.

Let me be clear that my purpose in this article is to improve how we see fathers—and encourage fathers that they can succeed—when the media puts them in a bad light. I, like Elder Christofferson, do not intend to put women down by expressing what I know to be true about fathers:

“Fathers are fundamental in the divine plan of happiness, and I want to raise a voice of encouragement for those who are striving to fill well that calling. To praise and encourage fatherhood and fathers is not to shame or discount anyone. I simply focus today on the good that men can do in the highest of masculine roles—husband and father.”