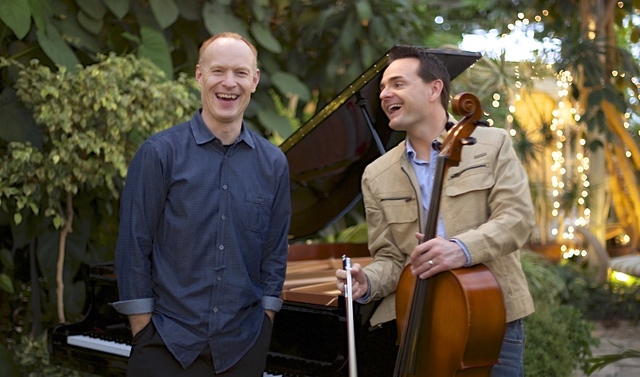 When Annie Schmidt went missing in Portland, Oregon, people rallied around her family, including her father, Jon Schmidt, who is the pianist in The Piano Guys. Whether they were sending prayers or joining the Schmidt family in searching trails, thousands of people contributed their efforts to find Annie.

► You may have missed:Piano Guy Jon Schmidt's Daughter Missing, Family Asks for Help Finding Her

An avid hiker, Annie was last seen on Snapchat on Sunday, October 16, and declared missing after her mother came into town for a planned camping trip. Although she still hasn’t been found, the Schmidt family used social media to spread the word about her search, as well as express their gratitude for those who helped.

In a new blog post on the website for The Piano Guys, Steven Sharp Nelson shares his love and sorrow for the Schmidt family. Having known Jon Schmidt for over 20 years, the cellist shared about a time when Schmidt supported him through a hard time.

Nelson shared, “The first time I went on tour with Jon—long before The Piano Guys—I had just experienced one of the most difficult times of my life. I had lost my mother to a brain tumor. I was young and felt as though I couldn’t live without a mother’s love. I felt lost."

“Jon and I shared a hotel room, and when he learned of my mother he told me of his older sister, who he had also lost when he was young,” Nelson continued. “As we talked we discovered that my mother and his sister were remarkably similar—both loved to laugh more than anything else; both were endowed with incomparable musical gifts; and both loved others naturally and unconditionally. Jon stayed up the whole night with me trading stories. We laughed. And cried. It was what I needed. It was as if he had lowered a rope into my pity pit and lifted me out. I felt found.”

Nelson shares Schmidt’s sorrow in not finding Annie. He wrote, “I can’t adequately express the anguish I felt as I watched my friend, my brother, run up river, fighting against an ice cold current, shouting his daughter’s name at the stoic river banks on each side—straining his voice above the din of the white water. . . . No one should ever have to feel this way. Especially a father desperately searching for his daughter.”

► You may have missed: Jon Schmidt's Family Shares Their Faith After Search for Daughter Suspended Sunday

No matter what Schmidt experiences and suffers, however, Nelson shares what the Schmidt family would want us to know:

“In processing all of this, I’ve asked myself, ‘What would Jon, Annie and their family want us to take away from this harrowing experience that we feel we’ve shouldered with them?’

“An increase. Not a decrease.

Read Steven Sharp Nelson’s letter in its entirety on thepianoguys.com.