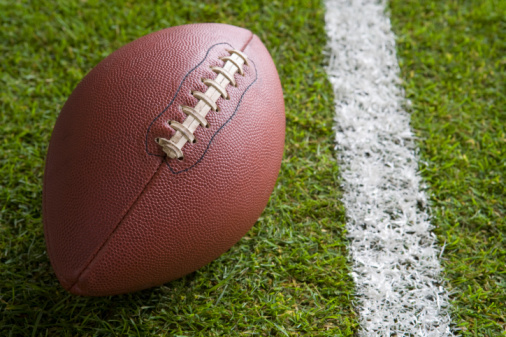 With more wins than any other football team in the state, the Cokeville, Wyo. high school football team clinched their 17th state championship last November. Running on a dynasty of only one losing season in the last 30 years, Cokeville shut down the Niobrara County Tigers 26-6. Their secret? Living LDS standards, according to the coaches.

“Our kids always leave practice or a drill saying ‘Thanks, coach’,” Teichert said. “Even if I’ve drilled into them pretty hard, they always say thank you. They say it to teachers, too. I’ve probably had to [seriously] discipline only five kids in 27 years.”

Assistant coach Nate said the program is blessed because the players are so spiritually mature. “We’ve started every practice and every game with a prayer for as long as I can remember. The way these kids treat each other shows great leadership. They’re just kind. They are what they profess to be.”

How does a team create high standards in a world that glorifies evil and a sport that often places winning above respect? “The key,” coach Teichert insists, “is that the standards have been here for so long. We’re not introducing anything new, but maintaining what’s already here.”

All three coaches grew up in Cokeville and played for the football team. All three mentioned “wanting to raise my family here” as the number one reason for coming back. Coaches Nate and Dayton have been best friends since kindergarten, both married their high school sweethearts, and all three coaches have been bishops of the small town ward at one point in time.

Football and high standards “are a way of life” in Cokeville, Dayton assures. “My most rewarding experience of being a coach is when my players do well on the field, in their lives, as fathers and husbands. Everyone’s a part.”

“We make them out of what we have,” Nate said. “We reinforce that you can still be a good person and play good football.”

Though the majority of kids in the community are LDS, each coach was adamant that every player lives up to the standards. “[The players of other faiths] are some of our best kids,” Teichert said. “They step right up with their peers. The standards are LDS, but they’re Catholic and Episcopalian standards, too.”

Dayton fervently stressed that 100 percent of the kids are upright, wholesome and bright young adults. “If I had to start all over again, I wouldn’t change a thing.”

Giving credence to the sentiment that a good example goes a long way, the coaches mention specific instances of team fasts for team members, heavy player involvement in the community, and countless missionaries sent from the Panther’s ranks. Though humble enough not to credit their program with any of that success, the values they reinforce day in and day out certainly contribute in some way.

Other than inspiring parents and youth to reach out to those of other faiths and stay proud of their beliefs, the coaches advise parents to get involved in the Church’s Duty to God and Personal Progress programs with their own children. This, they said, has made a measurable impact on the athletes they coach, as well as their own families.