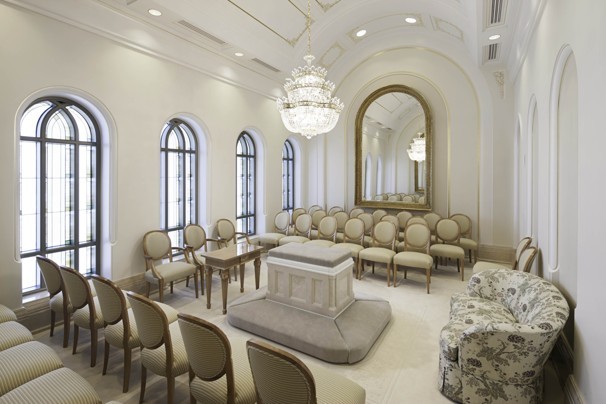 For Mormons in Missouri, a time of healing

It was just a small group - perhaps a dozen and a half people - who assembled in one of the most sacred rooms of the new Mormon temple in Kansas City, Missouri, a couple of weeks ago, but what happened there was deeply significant and will be long remembered.

It was during the public open house --the period when newly built temples are opened to the public for several weeks before they are officially dedicated. Missouri Governor Jay Nixon, along with the state’s first lady, the attorney general, several dignitaries and a handful of church officials, had toured most of the building and had found their way to one of the sealing rooms on an upper floor. This is the place in the temple where members of The Church of Jesus Christ of Latter-day Saints undertake their most sacred sacraments --the marriage ceremonies that they believe unite couples for eternity.