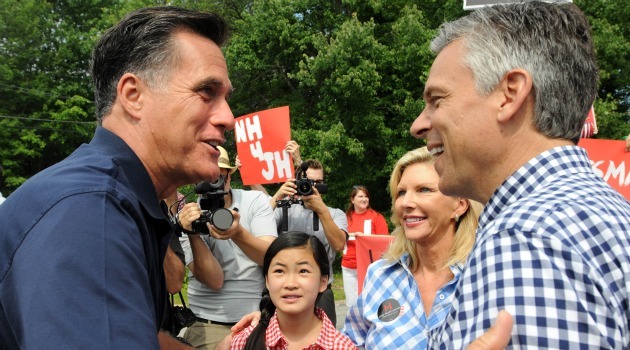 For Utah's Jews, Jon Huntsman is their kind of Mormon

In Utah, former governor Jon Huntsman is known in some circles as a “Jack Mormon,” local parlance for someone who might claim affiliation with the Church of Jesus Christ of Latter-day Saints but is less than active in his local Mormon Church.

And among Utah Jews, that seems to count as a definite plus.

“Jews would be more comfortable with the Jack Mormon than an ethical Mormon” as president, said Bruce Cohne, a retired Salt Lake City lawyer and a former president of the United Jewish Federation of Utah. “Jews question everything. A Jack Mormon is not someone who adheres blindly to the church.”
Read the rest of this story at forward.com