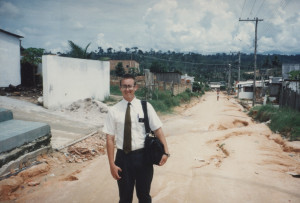 Forbes: How A Mormon Mission Prepared Me to Open a Foreign Office

Since moving myself and my family to Hong Kong where I’m opening an Asia office for my online marketing firm, I’ve had countless opportunities to think “If I hadn’t served as a Mormon missionary, I wouldn’t be doing this today.” The skills I learned almost 20 years ago as a missionary have been invaluable to my career as an entrepreneur, and never more so than now as I live and do business in a foreign country.

In 1994 I became a full-time missionary for The Church of Jesus Christ of Latter-day Saints, whose members are more commonly known by the nickname “Mormons” or simply “ LDS.” But I was not a missionary in Hong Kong or Asia where I live now. I served in Manaus, Brazil, where I learned Portuguese, rather than Mandarin or Cantonese. Prior to 2013 I had never been to Asia and knew very little about China or its neighbors. Most of my exposure to Asian culture came from growing up in Arcadia, California. There is a significant Asian population there, but despite this I can’t say I learned all that much about Asia from my Asian friends, who were intent on learning English and assimilating into American culture. But going to a foreign country where I didn’t know the language or the culture wasn’t new to me because I had already done it as a 19-year-old in Brazil. Here are some of the lessons I learned as a missionary that are helping me as I open an office in Hong Kong.