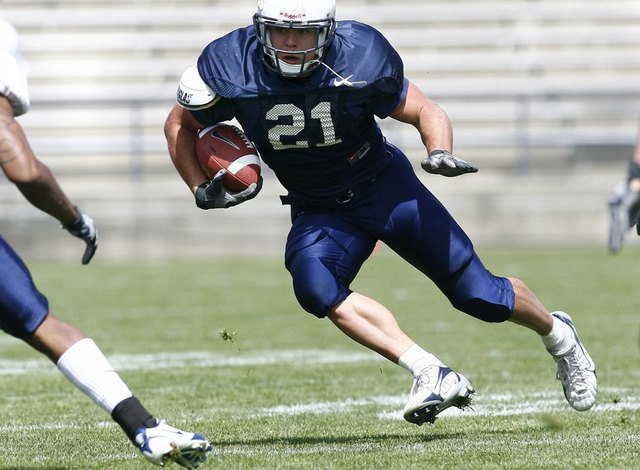 Our hearts go out to to the Folsom family. “If you talk about someone full of grit, integrity and high character, Ryan was every bit of that and more,” said former BYU defensive back Preston Hadley. “Heartbroken for his family after this tragic accident. RIP Brother.”

Former BYU football player Ryan Folsom, a walk-on running back whose 74-yard run against Colorado State in 2010 still stands as the eighth-longest in school history, was killed Sunday in a head-on automobile collision while driving south on Interstate 5 near Anderson, Calif.

From Medford, Ore., Folsom leaves behind two small sons and his wife, Lauren, who is expecting the couple’s third child later this month. Folsom was training to be a physician and was driving to a set of interviews for his residency program.