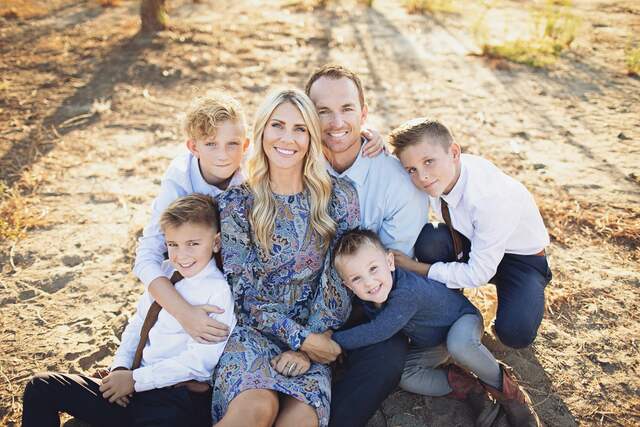 In 2011, ESPN Staff Writer Dan Graziano wrote, “You’ve made up your mind on John Beck.” He went on to share many of the criticisms of the former BYU quarterback who at the time had been in the NFL four years.

“Beck knows what you think. . . . He’s aware of the doubters, but he’s not among them. He would like you to consider him and the NFL career he envisions for himself the same way he considers it—as a work in progress, not a finished product on which we can yet pass judgment,” Graziano wrote.

The article proceeded to quote Beck who described his development as a quarterback to a sculpture. On this week’s All In podcast, Beck revisited this analogy took it a step further as he applied it to his life since he retired from professional football, including how he thinks the Savior sculpts alongside him.

Listen to the full episode in the player below or by clicking here. You can also read a full transcript here.

Morgan Jones: Going back to your NFL career, when people were critical of you, I read a quote where you said, “I'm kind of chiseling my way at a sculpture. And I know what I want it to look like, and I believe that it will be. I've been chiseling away and there's still a lot more to chisel away at. And there's going to be more times where I'm going to stand back and say, ‘Okay, now what do I have to do?’ And then I'm going to walk towards it and chisel away some things and then stand back again, there's still a lot left to do.”

And I thought that was such an impressive quote. And I wondered, how does that work ethic that you applied to football also apply to your approach in life outside of football?

John Beck: Well it's still the exact same. . . . You know, as I think about that, it takes me back to that time in life where I was really excited to be drafted by the Dolphins. Here I come out of BYU—our team has a great year, I get to get drafted really high, and I have an excitement for the future. And it feels like great things are going to happen.

And a coaching staff, an organization picks me to be their future. And then it felt like all of a sudden in the blink of an eye, all of that just gets turned upside down. And there's new people running the organization and a new team coming in. People are very critical of the performances that I had as a rookie, and I'm going out there trying to go through a learning process that the group before me was all about, right? “We want you to go through this learning process. We want you to go through that sculpting process. And we're going to be a part of this with you, and we're going to help you on that.”

And then all of a sudden, a few months later, all of those people are gone. And I'm left feeling like I'm doing this on my own. And it's not an easy process, because sometimes you go up to that sculpture and you do something to it that you feel may be the best. And then as you step back, and you experience something else, you realize, “Man, maybe that wasn't the best. Maybe now I have to actually step back and make an adjustment on what I just did.” And it's a difficult process.

And you know, now standing where I'm at, and looking at that, I can almost say that, at times, you may have to just step back and say, “Man, you know what? I'm not going to actually get from this thing that I've been working on for all these years what I hoped, I may have to actually just start over.” And I'm not saying that happens to everybody. But the feeling at times that the complete sculpture isn't even close to what you thought it was going to be, despite the hundreds and hundreds of times you step forward, step back, step forward, step back, worked on it a little, trying your best, step back–it's a tough process when you put in that type of investment. And then you're looking at it saying, “Man, how did it get here?” But that's life, right?

And I appreciate those moments. What I feel like is what makes Christ special and His relationship with us, and the position that He is in the Gospel is because, although we may think that that sculpture that we've been working so hard on isn't even close to what it should be, He has that Master's touch. With Him, He can step with us and say, “Look, this is not ruined,” right? Like, “This is actually still going to be beautiful. And although you may think that somehow it's messed up, it's actually totally fine. Because I knew you would be in this situation. I knew you would feel this way, and with me, this can even be more beautiful than what you thought.”

And I think as I look at my life, and as I think about some of the lives of my friends, or just even as I ponder about my children, and how they'll feel in life, we're all trying to do the best job sculpting that we can. But we need those moments in time where we look at it, and then have to turn to Him and say, “We need help.” And then, “Please help me make this what it's supposed to be.”

Podcast All InPodcast,All In,
Comments and feedback can be sent to feedback@ldsliving.com