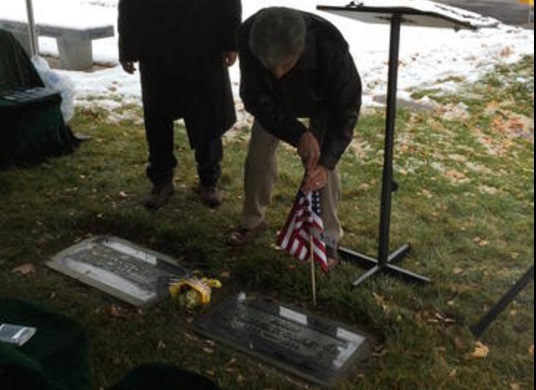 What do notorious gangsters John Dillinger and Lester Gillis (a.k.a. “Baby Face Nelson”) have to do with the LDS Church? Simple: they were tracked and ultimately killed thanks to the action of a Mormon government agent—Samuel Cowley.

Find out how Cowley took down Baby Face Nelson here.

FBI agent Samuel Cowley died Nov. 28, 1934, a day after being hit in a shootout that took down notorious gangster Baby Face Nelson outside Chicago.

The Utah Chapter of the Society of Former Special Agents of the FBI honored Cowley on Monday at Wasatch Lawn Memorial Park where he is buried. His son, Samuel Cowley Jr., posted a small American flag and a wreath at his gravesite. The society is holding ceremonies for fallen FBI agents around the country this year.

Cowley Jr., who was 8 months old when his father died, considers him a hero.

"I think that dad's contribution was significant," the 82-year-old Emigration Canyon resident said.