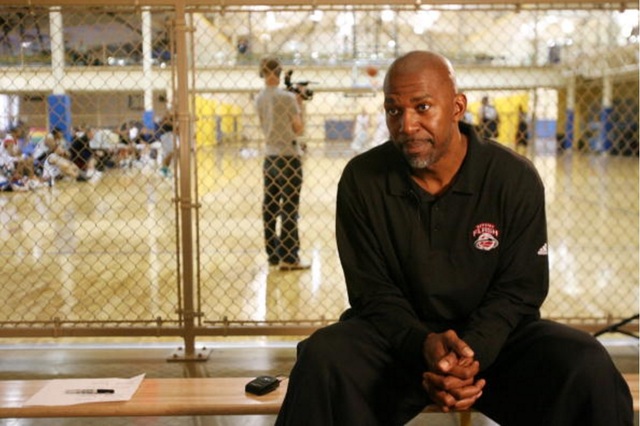 Former NBA Star Thurl Bailey Shares Incredible Conversion Story: I Was Given Around 70 Book of Mormons

Everywhere he goes, people assume Thurl Bailey played some ball. And their assumptions are correct—Bailey, 7 feet tall, had a long and successful career as a professional basketball player, and now he's an analyst for the Utah Jazz.

What people may not assume is that Bailey is also an award-winning inspirational singer. Even fewer people would guess that Bailey is a Mormon—and a devout one at that. He recently held an interview with the Mormon Channel where he detailed his incredible conversion to the Church.

Thurl Bailey grew up in a rough neighborhood, but he was raised in a good family. As an African-American in the suburbs of Maryland, Bailey was influenced by the political climate of the 1960s. His parents were among those in attendance at the Washington Monument for Martin Luther King Jr.'s famous "I Have a Dream" speech. The middle child of five, Bailey recalled that times were tough growing up, but that his family "didn't go without." Though his Baptist parents were not frequent churchgoers, Bailey remembers being raised with a "very good spiritual foundation."

From an early age, his parents taught him the value of hard work and being a leader—but it wasn't until his 14th year, when he saw Julius "Dr. J" Erving playing basketball on TV, that his life changed forever. Thurl ate his vegetables, put in countless hours of practice, and before long he was a 7-foot center being recruited to play college ball for North Carolina State, where he was an integral part of the Wolfpack's 1983 National Championship team.

Bailey was selected by the Utah Jazz with the seventh pick in the 1983 draft and had a fair amount of success in the NBA. During his years in Utah, he met and married Sindi Southwick, an LDS basketball player at UVSC (now UVU). He respected her beliefs, and she never pressured him to join the Church.

However, the Church made an impression on Bailey while he played in Utah. "It was a totally different culture," he said, recalling that he'd received around 70 copies of the Book of Mormon as gifts from well-meaning fans. "People were very nice to me," he said, "not just because I played for the Jazz, but because they're truly genuine, kind, service-oriented people."

Over time, Bailey came to feel that he should play basketball in Europe, although it would mean an uncomfortable move and a significant pay cut. "Times were tough," he said. "I was a captive audience, and my Father in Heaven knew it."

He played four seasons in Europe, and there reached out to a pair of LDS missionaries. "It was awesome," he recalled. "We had some great conversations." Well-trained in the art of Southern cooking, Bailey treated the missionaries often to fried chicken, mashed potatoes, and gravy. "They ate very well," he laughed.

Over time, Bailey felt a strong desire to join the Church. He followed through on that prompting, and he and his wife now live in Utah with their children. He currently works as an analyst for the Jazz and has built a successful career as a singer.

"I was a singer before I was even a basketball player," he said. "I love music . . . I always felt like [it] was the language to my soul." He borrows many songs from the LDS hymn collection but tries to make sure his music is accessible and inspirational to people of all faiths. "I love expressing myself through [this] vehicle," he said. "Music is one of the purest forms of communication . . . everybody can sing, everybody has the capacity to express themselves through music."

Listen to a beautiful song from Bailey's album "A Song For You," which you can purchase at Deseret Book!