Learn a little more about a few Mormon theater stars and the remarkable ways they share their faith with the world.

You can't think of Joseph and the Amazing Technicolor Dreamcoat and not think of Donny Osmond. After performing the role for six years beginning in 1992, starring in the video version in 1999, and completing over 2,000 performances of the musical across the United States, it's little wonder the show has come to epitomize Osmond's musical theater career.

But what few realize about Donny's performance in Joseph is that it didn't open on Broadway; it opened in Toronto at the Elgin Theatre. Another revival of the musical opened on Broadway in 1993 starring Michael Damian, not Donny.

In fact, Donny Osmond's start on Broadway was a rather rocky one. In 1982, right after his days as a teenage heartthrob, Osmond starred in a revival of Little Johnny Jones, which had 29 previews but only one performance, closing the same night it opened. 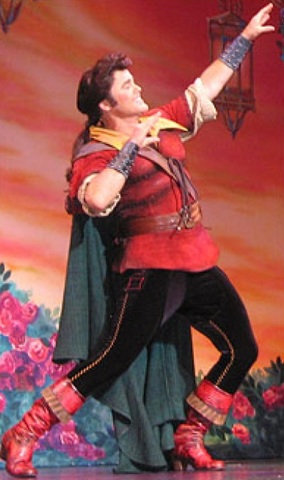 Donny Osmond's return to Broadway came in 2006 when he played Gaston in the final Broadway performance of Beauty and the Beast. Interestingly enough, Osmond never actually tried out for the part, though. Disney approached him and asked if he would ever consider being a villain. "My involvement with this show began with my relationship with the folks at Disney, for whom I did Mulan," Osmond told broadway.com. "Of course, it all goes way back before that; it's because of Disney that I am in show business. Walt basically discovered my brothers singing in Disneyland and then put us on his television shows."

► You'll also like: The Mormon Disney Asked to Star in Their Broadway Run of "Beauty and the Beast"

Osmond loved the new challenge of playing a self-conceited villain—something he most definitely is not and which he attributes to his faith. “It’s kept me grounded in life. As long as you have a belief in a higher power, in God, and you recognize that, it keeps you humble,” he told the Huffington Post.

On his blog, Osmond has written his testimony and regularly answers questions about his faith for anyone willing to write in. When someone asked whether Osmond credits his faith for who he has become, he responded:

"I suppose, in some ways, my life was not what you would call 'normal,' as I was on the public stage from my childhood. I look at the outcome of some of the lives of other childhood celebrities and I wonder how my life would have turned out if I didn’t have the foundation of faith that I do have. . . .

"When I was sixteen and already facing these choices, I decided I had to find out for myself the truth of what we had been taught by our parents. I began prayerfully reading the Book of Mormon and learned for myself that its promise of divine assurance is valid. . . .

"This personal conviction that the Book of Mormon was the 'word of God' and that it was an important part of the 'restitution of all things, which God hath spoken by the mouth of all his holy prophets since the world began'(Acts 3:21) and all that goes with it has truly sustained me thus far in my life. My wife, Debbie, who had a similar upbringing as I, has also been a great strength to me. I look forward to being with her and our children forever. That prospect is also seriously motivating."