After touring the United States as Maria from The Sound of Music from 1993-1994, Marie Osmond received national acclaim during this incredibly successful tour. At one point, the show had the opportunity to transition to Broadway, but Marie Osmond already committed to star in a TV series.

Some credited the success of the play to Osmond's genuine sense of morality and her belief in the power of music. The Los Angeles Times said that Osmond was "perhaps the only star in America who could believe unequivocally in the impeccable sentiments of the singing nun. . . . And if no one believed in the power of music with as much simple faith as Rodgers and Hammerstein and their heroine, the wayward nun Maria, probably few people believe in it with as much wholesomeness as Osmond."

But Osmond's success in theater was far from over. In 1997 Marie Osmond starred as Mrs. Anna in The King and I on Broadway. In 2010, Donny and Marie both returned to Broadway to star together in a special holiday production, A Broadway Christmas. 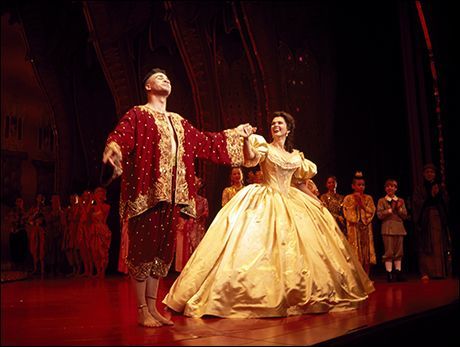 Throughout her years in the entertainment industry, Marie Osmond has always proudly shared her faith and beliefs. And through dark times following her son's death and her divorce, Osmond said it was her faith that helped carry her through.

"When I battled postpartum depression, and in the midst of this challenging trial, I was asked to serve in a demanding church calling for a large group of young women," Osmond shared on Facebook. "I learned a great lesson that God wanted me to learn by saying 'yes' to this calling. Rather than drown in my own sorrow, which would have been so easy to choose, I learned that the best thing I could ever do to lift myself out of my darkness was to serve others who were struggling. It was the final healing step in being freed from that terrible grasp of depression. I truly know that in the midst of our own challenges or trials, hope is always on the horizon. God gives us the ability (free will or agency) to choose light over darkness."

In another Facebook post, Osmond shared how the gospel helped her after the loss of her son.

"I hope that we can understand the glorious Plan of Salvation and what this life has to offer. Without this understanding, the pains and trials of this life can feel or become too overwhelming. Through Christ's atonement, it is wonderful to know that we will ALL enjoy a resurrected body someday and that I will be able to embrace my Michael tightly again in my arms and never let go."