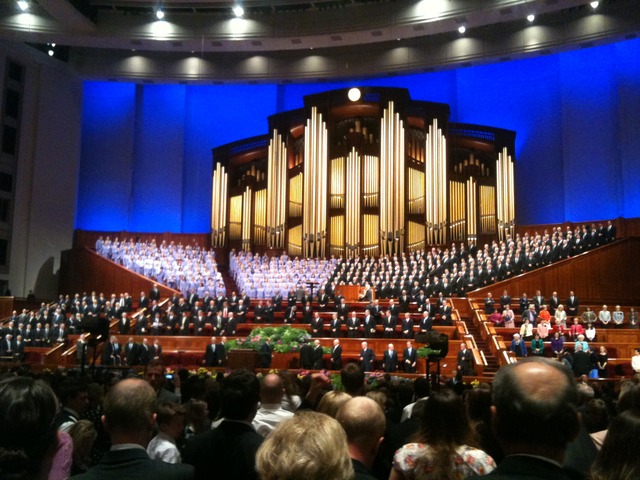 1.    General conference was a three-day event until which year?

2.    How many times has general conference been delayed or canceled?

3.    Which year was general conference broadcast from the Peter Whitmer farm in Fayette, New York?

4.    Which prophet wiggled his ears during his priesthood session talk?

5.    Who was the first woman to speak in general conference?

6.    Which year did Church leaders announce in conference the addition of “Another Testament of Jesus Christ” as a subtitle to the Book of Mormon?

7.    Which prophet broke 3 ribs after falling during his conference talk?

8.    Which year did the Church begin providing translations of general conference?

9. Which year was general conference first broadcast over the internet?

2. B: General conference has been canceled or delayed twice—in April 1919, when it was postponed until June because of an influenza outbreak, and then in the fall of 1957, when it was canceled due to an Asian flu epidemic.

3. B: In April 1980, the Church marked its sesquicentennial by broadcasting general conference from the Peter Whitmer farm in Fayette, N.Y. (where the Church was founded in 1830).

4. C: In April 2008, President Thomas S. Monson wiggled his ears to illustrate a story in his priesthood session talk; the act became an overnight internet sensation.

6. A: The addition of "Another Testament of Jesus Christ" was announced in October 1982.

7. C: In April 1988, President Howard W. Hunter fell backward while speaking. (He had recently had surgery.) He was lifted back up by apostles Thomas S. Monson and Boyd K. Packer and a church security guard. Hunter continued his sermon despite sustaining three broken ribs.

Be sure to check out our Ultimate Guide to General Conference for recipes, children's activities, and much more!