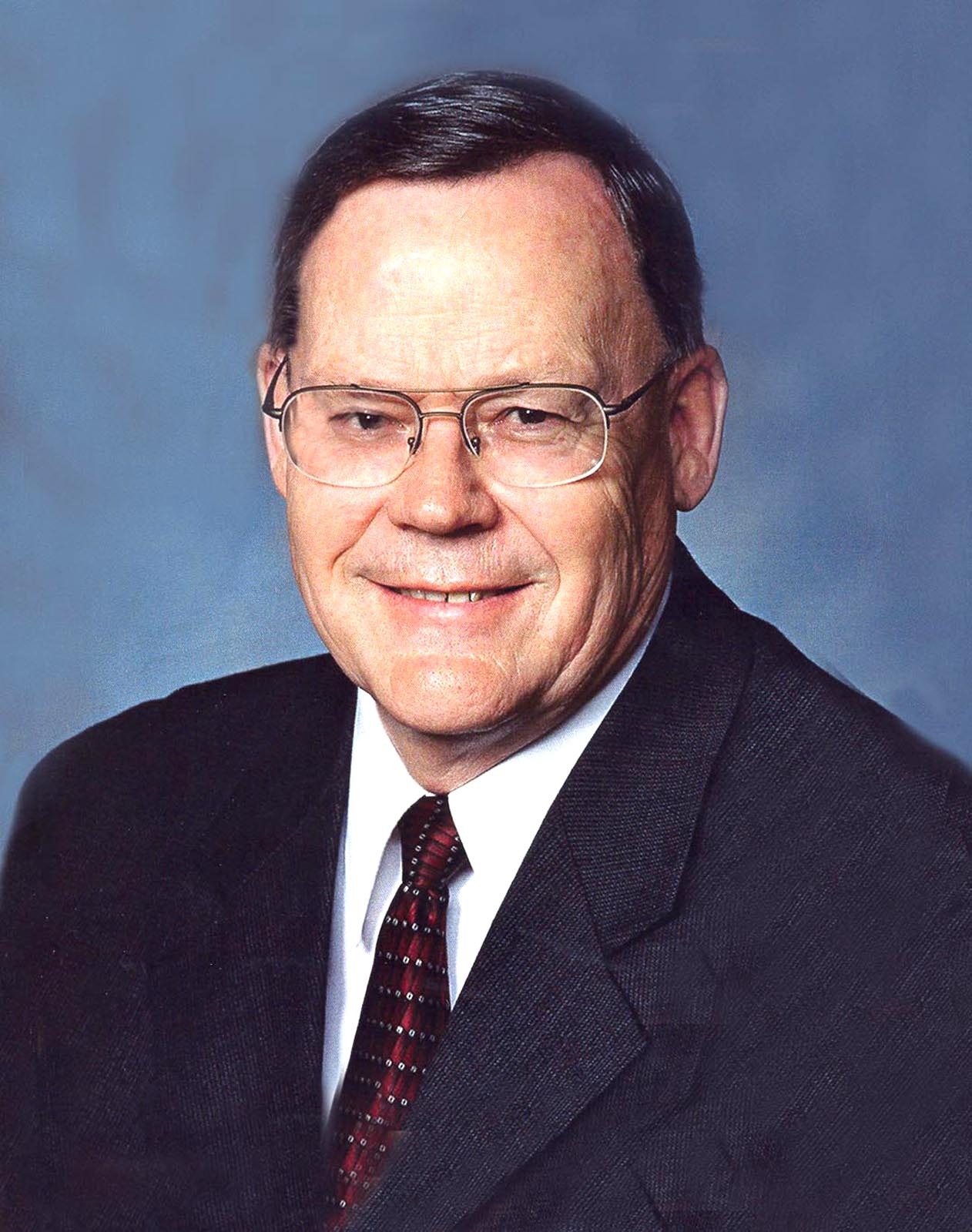 What inspired you to start writing your new historical fiction series, Fire and Steel?

As early as my high school years, I became fascinated with individuals in crisis, particularly catastrophic crises such as war, massive natural disasters, great physical challenges, political oppression, or total captivity. Why is it that some individuals come out of those crises stronger than before, while others are totally devastated and defeated? Out of that came a long fascination with World War II–not just the men and women who went into combat, but the populations that were swept up in the maelstrom of war. So for years, I’ve been waiting for it to be the right time to tell this story. I’m happy that the time has finally come.

Why did you choose Germany and America from the 1880s to the 1950s as the dual settings for your new series?

That time period includes some of the most turbulent times in human history, including two World Wars, a worldwide financial crash, the Great Depression, and the Great Spanish Flu Epidemic of 1918 which killed about 100 million people worldwide. I chose two families because these great events were very different for Americans than they were for those in Europe. I also hope to give those of us who have never experienced a totalitarian government an idea of what it is like. By the way, we will see to some degree how these events impacted people in both France and England as well.

How do you do your research for your historical novels?

I started out having others do research for me. That was helpful, but frustrating. Because I am committed to accurately portraying historical events, I need the book right in front of me. So I purchase it if possible. I read those books and make hundreds of notes on 3x5 cards so that I can sort them easily. Then when it comes time to write an event or conversation into the book, I set the book right in front of me. Because of the breadth of Fire and Steel, so far I have purchased about 27 books to supplement the 7 or 8 I already had in my library. I now have around 400 note cards, and that’s primarily just for the first two volumes. Good thing I love doing the research almost as much as I love the writing.

Don’t miss Gerald Lund’s newest series, Fire and Steel, the story of two families with an ocean between them who must learn to cope with trials of courage and faith as they struggle to survive. The first installment hits Deseret Book stores on Black Friday. Find it at deseretbook.com.

What spurred you to start writing in the first place?

I didn’t even think about writing a book until I was in my early 30s, married, and had four children. At that time, I was teaching in the Institutes of Religion in Southern California. I became interested in prophecy and especially the Second Coming of Christ. So I started collecting quotes and scriptures. As my collection grew, I began talking on that subject in classes, in firesides, and in what was then known as “Know Your Religion” programs. Since those quotes were not easily accessible, people kept saying, “Why don’t you write a book on this?” So, that’s what I did. It became The Coming of the Lord, which was published in 1971. So, in short, I started writing because I love to teach. And that is still a driving motivation. Writing just offers me a much larger “classroom” than normal.

Where did the idea for The Work and the Glory come from?

In 1998, a man named Kenneth I. Moe approached me with the idea of telling the story of the Joseph Smith and the Restoration in historical novel form. By this time, I had written four other novels. Because I had taught Church History in both seminary and institute, I found the idea intriguing. However, I knew it would be a huge undertaking and told him no. I was working on another project at the time and didn’t want to quit. He persisted, even offering to pay research and travel costs if I needed them. I finally agreed to make it a matter of prayer and careful pondering. Gladly, it felt right, and I committed to go for it.

How do you overcome writer’s block?

I’ll give two quick answers. I believe that writers get stopped for two main reasons: First, they get mentally fatigued. Normally, I’m lucky to write four to five hours a day. When I’m in a crunch deadline, I have written for eight to nine hours on end, but writing becomes mentally exhausting, even if you love it, if you push it too hard. If I don’t stop and take breaks–sometimes a full day even–the creative process becomes sluggish. Second, and more serious, we “freeze up” because we’re not sure where we want to go with our story or with our character development. At those times, I push back from the computer and grab a paper and pencil. Sometimes I’ll just sit and think or go for a walk. I try to define what a character needs to be, as well as what I want them to do. I also sketch out how and where to take the story next. When that’s settled in my mind, I can’t wait to get back to writing.

Who is your favorite author?

That’s an impossible question for me. Eric Ambler, a famous spy novelist, once said: “Whatever else a novel does for the reader—intellectually, emotionally, spiritually—it ought to entertain. Otherwise it is just a tract.” Entertain comes from the Latin tenare, which means to seize, to grab, or to hold. If an author does that for me, he becomes a favorite. In the last two or three years, here are some of the books which I have added to my favorite author list: All seven of the Harry Potter series, The Hunger Games, Undaunted Courage, 1776, John Adams, Divergent, Maze Runner, The Book Thief, Unbroken, The Invention of Wings, The Mountain Meadows Massacre, The Kite Runner, Pride and Prejudice, several of Dan Silva’s novels, Children and Fire,The Rise and Fall of the Third Reich, Ken Follett’s Earth Trilogy, and The God Who Weeps.

You taught in the CES programs for quite a while. What did you love most about teaching seminary and institute?

That’s easy. First, the kids. You get those that tie you in knots, of course, but for the most part, they are so open to goodness, so eager for life, and so willing to learn things that excite them. I loved being around them. Second, I love “turning lights” on in people’s heads. I try to do that in my teaching as well as my writing.

What was the greatest lesson you learned from the missionaries while serving as a branch president at the MTC?

My answer to the previous question applies here too. In addition to my two years at the MTC, as a general authority, my wife and I conducted 44 mission tours in the U.S. and Europe. During that time, I was also seeing what their peers out in the world were doing and how they were living, and the word my wife and I kept using to describe our young elders and sisters was “astonishing.”

Which countries did you visit while you served as a general authority? Which country was your favorite and why?

We had 22 countries in the Europe West Area when I was in the presidency, and we visited them all. That included all of the British Isles, Holland, Belgium, France, Spain, Portugal, Italy, and the Cape Verde Islands off the coast of Africa. We loved them all, especially the wonderful Saints we met wherever we went. But the most memorable experience we had was spending about 10 days in Cape Verde. This is a third world country, but the Saints were so happy and faithful, in spite of their limited means and challenging circumstances. Both my wife and I came back inspired.

What secret hobbies or talents do you have that people don’t know about?

Not much to hide. I love to read, I love to write, and most of all, I love to spend time with my family. My wife unexpectedly passed away in June, and this has changed my focus quite a bit. One of the really fun things I’ve been doing since then is taking road trips with various grandchildren, including a two-day trip to Southern Utah doing research for Fire and Steel with two grandsons who will soon be 12 years old; a “baptisms for the dead” tour with five teenage granddaughters, where we visited five temples in two days, including the one where my wife and I were sealed; and a tour of Nauvoo and other Church history sites with two grandsons, who by the time you read this will be serving missions in Peru and Argentina. What a delight that has been for me!

What is the best advice you’ve ever received?

Another tough one. I’ve been around long enough that I’ve received some great advice from some great people. But if I had to pick one, it was a simple phrase my father, Jewel G. Lund, said many times to me and my siblings. It now sits framed on my bookshelf. He said: "No one ever cheats God, and God never cheats anyone."