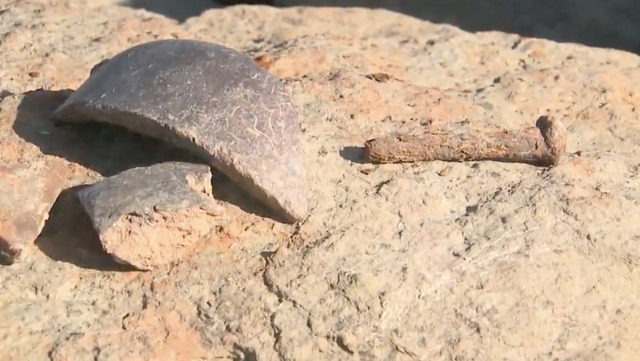 Mormon Island, an abandoned Gold Rush-era village in Folsom, California, is visible for the first time since 2015.

Located in Folsom Lake, the ruins are part of a settlement originally established in 1853 of about 2,500 people. According to SFist, in 1848 three members of the Mormon Battalion that were stationed at Sutter’s Fort went on a deer hunt and “found gold along the south fork of the American River.” They then brought the news back to the fort and soon “a parade of other Mormon men headed to the spot and set up camp, creating what would be known as Mormon Island,” according to the article.

Eventually, the town consisted of four hotels, five merchandise stores, three dry goods stores, and a thriving retail area. The area was not technically an island, but was surrounded on three sides by the American River and a man-made canal was on the south end, SFist reported.

Fox 40 wrote that the ruins are “about a half-mile hike, west of the now earthbound Browns Ravine boat docks” in Folsom Lake, which has dropped down to 381 feet.

Visitors are encouraged to only take pictures and leave the artifacts behind. Read more about Mormon Island at SFist and Fox 40.