FamilySearch recently posted a video on their Facebook page featuring seven-time Grammy winner Gladys Knight and explaining how their work with the Freedmen's Bureau is helping African Americans like Knight across the nation reconnect with their ancestors.

"We can't tell our full story until we know fully who we are and where we come from," Knight says in the video.

With the end of the Civil War came the release of nearly 4 million slaves—slaves who, for the first time in their lives, had their names systematically documented as the Freedman's Bureau helped them transition into their new life.

"We're the only culture that doesn't have their own names," Knight says. "Every other culture can go back and find their heritage along the way—we carry slave names."

► You'll also like: How Gladys Knight Became a Mormon

Now, FamilySearch International is working together with the National Archives and Records Administration (NARA), the Smithsonian National Museum of African American History and Culture, the Afro­-American Historical and Genealogical Society (AAHGS), and the California African American Museum to bring these names to light and help people reconnect to their lost ancestry.

"Now, it has been brought to the fore where we can go and find our family's and our genealogy which the Church has so wonderfully been doing for so many, many years."

Knight calls this Freedman's Bureau Project "extraordinarily amazing," adding that it has significance not only to individuals in this life, but in the eternities.

"He's trying to give us all the tools that we need to be ready when He [Christ] comes," she says. "And that means all of His children. So, I'm one of them." Knight ends with this encouraging challenge: "Come on y'all; let's get this thing together.

Uncover Your Family's Roots with the Freedman's Bureau and Gla...

Find out why the work with Freedmen's Bureau is so important and how it has already greatly aided Gladys Knight's search for her heritage. #DiscoverFreedmen www.discoverfreedmen.org?cid=fb-fb-4151 Posted by FamilySearch on Thursday, January 21, 2016 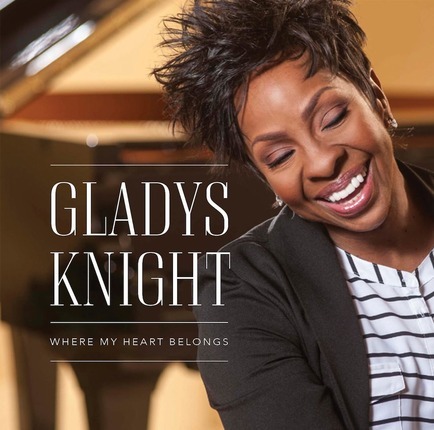 Gladys Knight, the "Empress of Soul," is a seven-time Grammy Award-winner who has earned number one hits in Pop, R&B, and Adult Contemporary. "Where My Heart Belongs" showcases her unmatched vocal ability on an enchanting mix of gospel and inspirational songs that are dear to her heart. She has said that faith in God has been the driving force behind all of her endeavors, guiding her through her many successes. On this gorgeous masterwork, she sings the songs of her heart like no one else can.