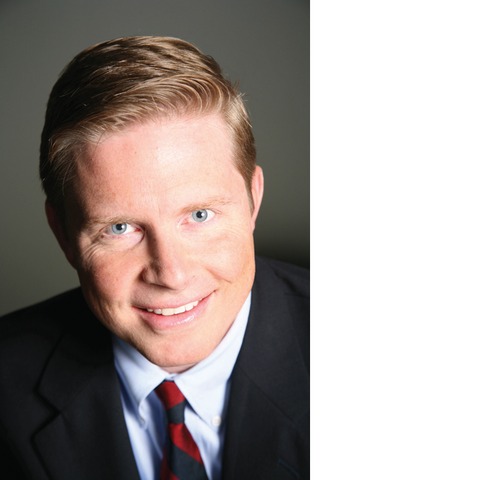 There are many roads to success, a fact that Jonathan Johnson, current president of Overstock.com, knows all too well. He did not plan to be a businessman; he wanted to be a successful lawyer like his father, whom he is named after. So, following a bachelor’s in Japanese from Brigham Young University, he attended BYU’s J. Reuben Clark Law School, graduating with his juris doctorate in 1993. “After graduation, I joined a practice in L.A. working for Japanese clients, having served my mission in Japan,” he says.

Johnson was content as a lawyer. But things began to change when he joined a software development company in Draper, Utah—he started taking on more of a business role than one focused on law. Johnson was surprised at how much he enjoyed and excelled at it. “My last year working there I was the CFO.”

In 2002 Johnson began work for Overstock.com as their first in-house lawyer. But within a year, Johnson was asked to hire a second lawyer so he could be more involved in the business side of things. Then, in July 2008, Johnson became president.

Examples to Guide the Way

“My view is that if I work hard and am contributing, I enjoy my job,” says Johnson. “If my title was employee, I would have a positive attitude and be successful.”

This attitude may be one reason Johnson has distinguished himself for leadership, which has given him the opportunity to handle bigger roles.

He gives credit for his successes where it is due. “When I look at who has been most influential in my life, certainly my parents are included, especially my mother. She is caring, smart, and a good teacher.”

Johnson’s father, too, helped shape Johnson’s persona, instilling in him a need to help people and go out of his way for them. “When I was little, I didn’t know exactly what he did at work, but I knew that he helped people. When I was a bit older and met some of his clients, they always told me how my dad helped solve their problems. He is leaving a legacy,” Johnson adds, “that I hope I, too, can leave for my sons.”

When Johnson was young, he was lucky enough to find a great example of a businessman in the Church. Burton Stohl, who served as Johnson’s Scout master and priesthood leader throughout his entire Young Men years, was an investment banker, and what Johnson calls a “true businessman.”

“He would talk about gospel and business during our long car rides to Scout trips in the Sierras, and he was quite comfortable talking about one with the other.”

Following his own simple goal of working hard and looking up to influential examples in his life, Johnson has found a lot of success, both in work and family.

While it’s hard to balance two things at once, Johnson does his best to balance a growing company and a happy family. Of course, this doesn’t come easily. As working parents find, Johnson has to make an effort to ensure that he’s carrying his family responsibilities. “I think there has to be a conscious effort,” he explains. “One of my goals is to play a board game with the kids every other week. I have a spreadsheet to make sure I’m doing these sorts of things, because if I don’t monitor my goals, they will slip through the cracks.”

Johnson says his wife, Courtney, is crucial in helping him become the person he wants to be. “Where I can be kind of an intimidating stick in the mud, she makes people feel welcome.” He admires Courtney’s great common sense and often seeks her advice for challenges in the workplace.

The boys also help. People often think of parents supporting the efforts of their children, but in the Johnson family, it goes both ways. Johnson’s five sons show interest in his work, and every night when they get together after the day’s activities, they ask Johnson what he has going on at work. “I want my boys and my wife to know what I do at work, what successes I’m achieving, and what challenges I have,” he says.

LDS Influences in the Workplace

Johnson has found success bringing his faith and beliefs into the business world, even though Overstock.com is predominately non-Mormon. “Being LDS doesn’t seem to be a factor one way or another,” says Johnson. “People absolutely know I’m Mormon, including the vendors and service providers.” Johnson believes that people knowing that he is LDS typically has a positive influence on his involvement with others in the business world.

“People have an expectation of how I will behave, and so I behave that way.”

When dealing in business, Johnson says he fully believes in the Golden Rule. “The Golden Rule certainly isn’t an LDS thing,” he says. “We treat our customers the way we want to be treated.” And the company has been well rewarded for it—for the past two years, Overstock.com has been ranked second for customer service among all U.S. retailers—surpassing Zappos.com and Amazon.com, ranked third and fourth, respectively.

Along with the Golden Rule, Johnson has used other aspects of Christianity and LDS influences in his career. In fact, Johnson says he obtained a great lesson in management during his mission in Nagoya, Japan. “I remember one time I was sitting with my mission president and we were looking at the transfer board, and he was asking about how one elder would work with another. In other words, he was looking for my help to evaluate these people and help them to be better missionaries,” Johnson says. “In business and management, there are a lot of people that you really like—and making them into better employees and managers is part of your job.”

When most of us imagine the highlights of being a big-time businessman, we might think of extravagant lunches or rides in a private jet. When Johnson discusses his favorite aspects of being president of Overstock.com, it’s a bit of a surprise—he loves being with, and helping, the people around him.

“About every other week,” he explains, “we’ll have five employees come to my office and we’ll have lunch together. I answer their questions about the company, and we just talk. I like doing it because even though I’m the president of the company, I am still just Jonathan. I’m just a normal guy who wants to know how people are feeling, how things are working, and how I can help them do their job.”

Certainly Jonathan Johnson’s priorities have inched him toward success, but that success has come about in surprising ways. He has chosen to pursue simple goals—enjoying work, living the Golden Rule, and balancing the responsibilities of employment, church, and family—and that has helped him to fulfill a dream he never knew he had.