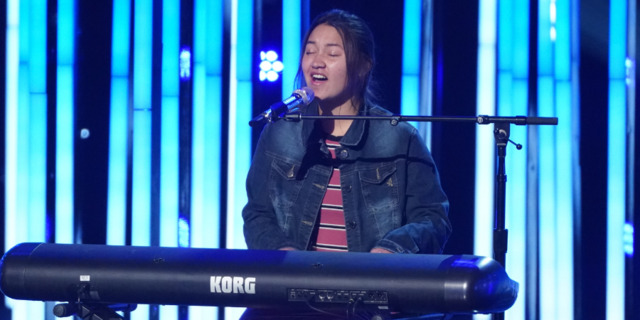 Last week, LDS Living spotlighted eight contestants on this season of American Idol who are members of The Church of Jesus Christ of Latter-day Saints.

Here’s what we know about how the Latter-day Saint contestants fared.

Brother and sister Liahona and Ammon Olayan captured wide attention after their audition, where they sang together. Hollywood Week would present a new challenge to the siblings—performing separately.

Liahona was selected to advance, but Ammon’s American Idol journey came to an end. Her brother’s elimination brought Liahona to tears. “He’s just helped me a lot so it’s going be hard to go on without him,” she said in the episode.

In the duet episode, it was evident that Liahona was missing her brother. She also said it was the longest she had been away from her family. Before the performance, judge Katy Perry tells Liahona that this performance is more than just checking a box. “This is your dreams. This is it. . . . You’ve got the ball. It’s in your court. So, do it for your brother,” Perry said.

In her first performance with someone other than a family member, Liahona performs a duet with fellow contestant Laila Mach performing Rihanna’s “Stay.”

“There’s other people behind me that want it more and are going to fight tooth and nail to get it and you’re wasting everybody’s time,” Perry said in the episode. “We said to you early on in this competition that you could be top 10 and you know who’s sabotaging it? You.”

Perry tells Liahona to never do that again but tells her she will go through to the next round.

“I’ve learned a great many things during this performance,” Liahona wrote on Instagram. “Katy Perry’s words really helped me to get out of my head. They gave me a second chance and for that, I’m so grateful. So thankful for such a great partner too! Laila did so amazing! Thanks for all your belief in me everyone and I’m going to keep pushing forward.”

Husband-and-wife Grayson and Lizzy O’Very weren’t shown during the audition episodes, but both received golden tickets to go onto Hollywood Week. Grayson isn’t shown in this week's episodes, and according to Deseret News, he doesn’t advance beyond Hollywood Week. But viewers saw Lizzy perform in both of the episodes. 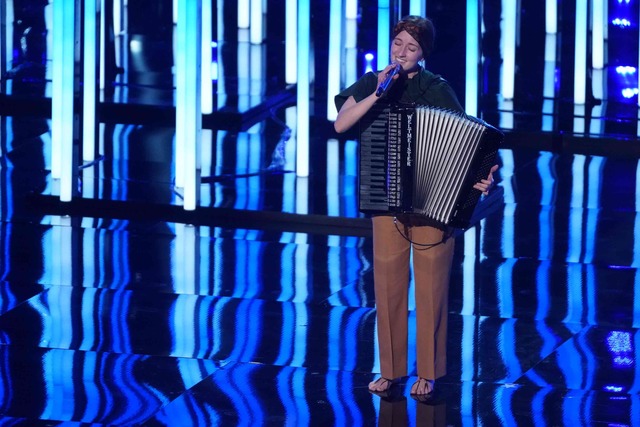 In the genre challenge episode, Lizzy competed in what Ryan Seacrest called, “our most unique group,” the indie-folk genre. Seacrest said these contestants “bring an eclectic, creative vibe to the competition.” Lizzy performs Ellie Goulding’s “Lights” while playing the accordion. Perry notes to the other judges that she was “quirky.” Lizzy advances onto the next round.

In the duet round, Lizzy is paired with Philip Murphy, another contestant in the indie-folk genre.

Judge Lionel Richie encouraged them to enjoy the ride. “Play together. If you’re having fun and relaxed, we’re relaxed,” he said.

The two perform their duet barefoot saying they’re going to set themselves apart today and have a good time. They perform “Dreams” by Fleetwood Mac.

Following the performance, Richie told the two contestants, “After my meeting with you yesterday, I knew it was either going to be magical or it was going to be something where I’d go, ‘We failed at the combination.’ But I have to tell you something—what you brought out in Murphy was something we had never seen before. We have never seen that gentleman right there jumping up and down, and Lizzy, you did that. We are discovering the next level for both of you.”

Both of them go to the next round.

Grayson shared a clip from Lizzy’s duet performance during the episode on his Instagram story saying, “OH YEAH!!! So proud of you Lizzy!!!”

On Instagram, Abby wrote, “Although this was the end of my American Idol journey, it’s not the end of my musical journey! I learned how much fun I could have performing, and heaven forbid, being a bit of a show-off sometimes!”

Sade posted on Instagram that her Hollywood Week journey would not be aired but shared some behind-the-scenes pictures from her time there. She later shared she did not make it past the genre challenge during Hollywood Week.

“I am forever grateful for the surreal experience of participating in this competition and for the close friendships I made,” Sade wrote. ”It will definitely be a point in my life I’ll never forget! Everything happens for a reason, so I’m still looking towards the future with excitement.”

Benson and Cross have not yet posted on social media about their journey during Hollywood Week.

Tune in to ABC on March 28 and March 29 to see if any of these Latter-day Saint contestants make the Top 24.

Do you know of other Latter-day Saint contestants on this season of American Idol? Let us know at storytips@ldsliving.com.