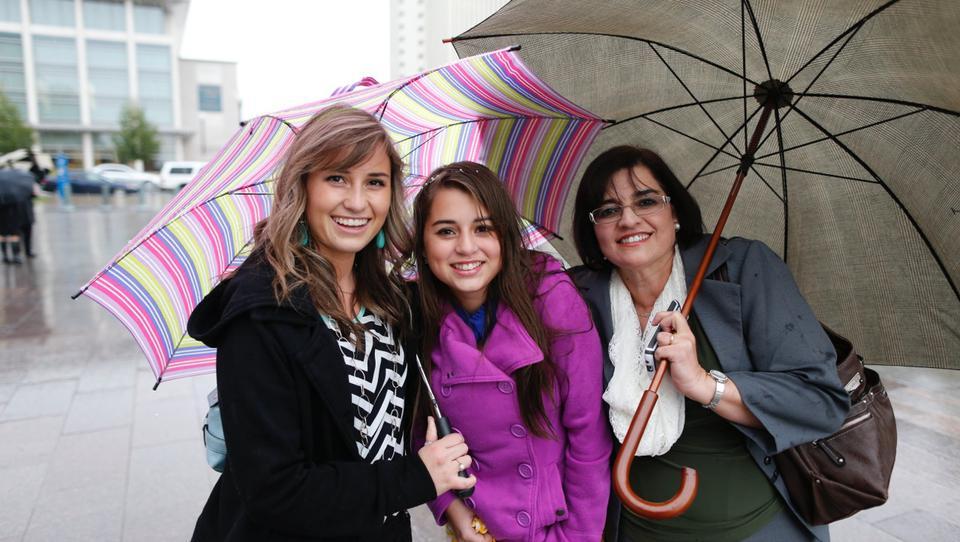 Hundreds of thousands of women, young women and girls 8 years old and older gathered around the world on Saturday, 27 September 2014, for the second general women’s meeting of The Church of Jesus Christ of Latter-day Saints. Women leaders of the Church’s worldwide auxiliary organizations hosted the meeting at the Conference Center in Salt Lake City, Utah. The meeting was broadcast live in 55 languages to Latter-day Saint chapels, on television and radio and over the Internet.