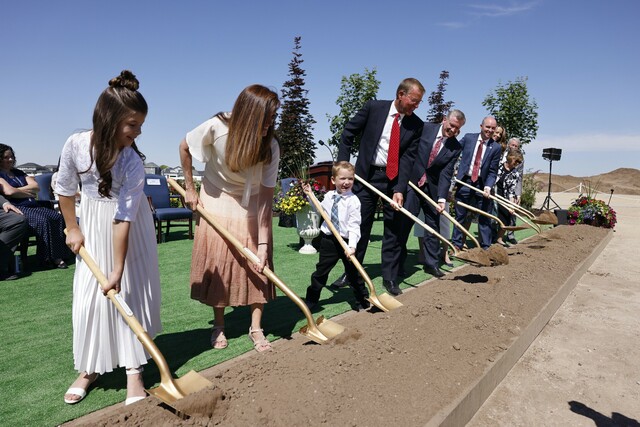 Several temple groundbreakings have taken place over the past two months while others have just been announced. Ground was broken to begin construction of the Syracuse Utah Temple and the Tallahassee Florida Temple in early June while the groundbreaking for the Helena Montana Temple was held on June 26.

Elder Kevin R. Duncan, who presided at the Syracuse Utah Temple groundbreaking, has roots in Syracuse as he grew up less than a mile and a half north of the temple site. And while he spoke as a General Authority Seventy and executive director of the Church’s Temple Department at the event, he made it clear that he was also speaking to members in the area as one of them.

“Your heart is full, because you know the soil—you probably still have some under your fingernails,” he told those in attendance, later adding, “This isn’t just land—my heart is here, and I love this place more than I can possibly describe. And then to understand why we build temples and then to have one right here is just indescribable.”

Church News reported that the groundbreaking was also attended by Utah Gov. Spencer Cox and his wife, Utah’s First Lady, Abby Cox, who also has a great love for the Syracuse area as her father was raised there.

Promises were made in association with the temple that is now under construction in Tallahassee, Florida.

“This temple will bless the entire land around it and the entire community,” Elder James B. Martino, a General Authority Seventy who presided at the groundbreaking, told Latter-day Saints in Tallahassee. “It will be a beacon of holiness and a place of peace for all to both see and feel.”

A 94-year-old Latter-day Saint, James Andrew Gray, Sr., who joined the Church in 1995, was also in attendance.

“We have wanted a temple for a long time. I didn’t know that I would live to see one,” he told Church News while choking up. “I enjoy and love being a member of the Church.”

While some, like Brother Gray in Tallahassee, live to see their temple dreams fulfilled, Elder Vern P. Stanfill, a General Authority Seventy, reminded Saints in attendance at the Helena Montana Temple groundbreaking that there are many who sacrifice for future generations to have the temple they only dreamed of. According to Newsroom, Elder Stanfill said that in preparation for the groundbreaking, he “pondered greatly on the many who have lived in the shadow of these mountains who . . . sacrificed, served, and hoped for this day.”

Of the past generations of Saints in Montana, he said, “Theirs is a legacy of faith and discipleship of the Savior. They have driven millions of miles, met in homes, store fronts . . . and a myriad of other places as they have worked to build the church here in Montana.”

According to Newsroom, “The groundbreaking ceremony for the Pittsburgh Pennsylvania Temple will be held on Saturday, August 21, 2021. Presiding at the event will be Elder Randall K. Bennett, North America Northeast Area president. The temple will be built on a 5.8-acre site located at 2093 Powell Road in Cranberry Township. The single-story structure will be about 32,000 square feet.” 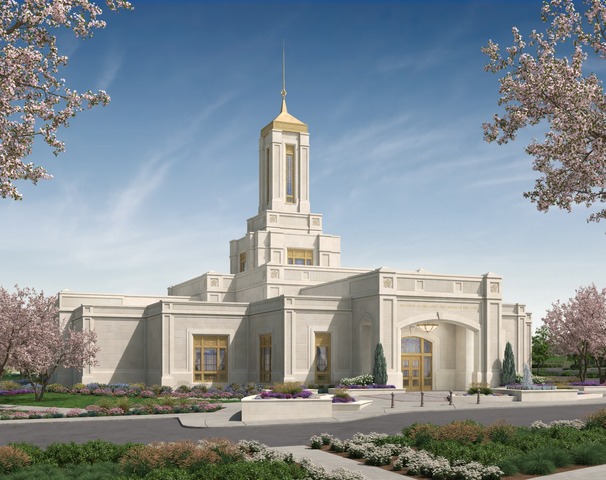 Newsroom reports that when the groundbreaking for the Nairobi Kenya Temple takes place on September 11, Elder Joseph W. Sitati, Africa Central Area president, will preside at the event. 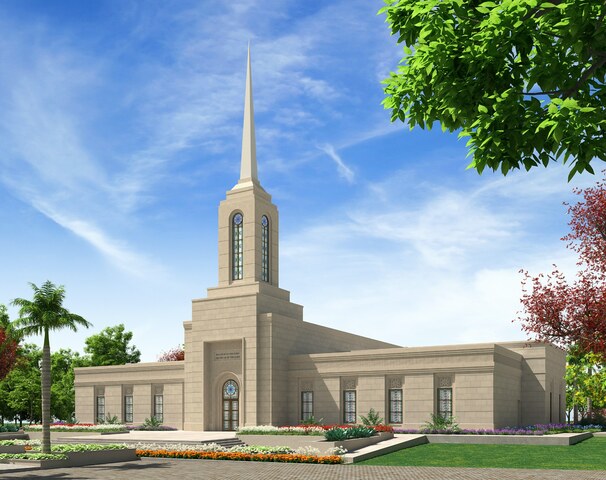 In the April 2021 general conference, President Russell M. Nelson reminded us of the importance of temples.

“Temples are a vital part of the Restoration of the gospel of Jesus Christ in its fulness. Ordinances of the temple fill our lives with power and strength available in no other way. We thank God for those blessings,” he said.