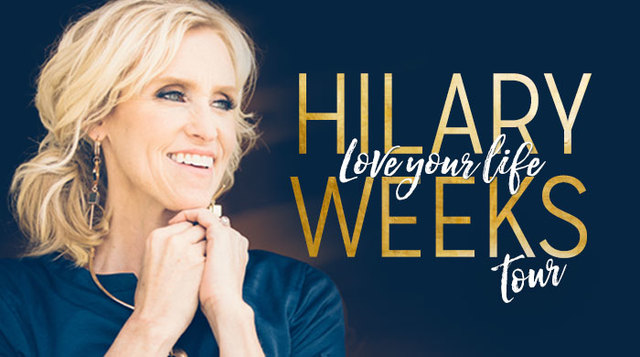 Hilary Weeks has enjoyed a long and successful music career, but did you know that the LDS singer-songwriter has never done a concert tour?

Well, that's all about to change! With the release of her new album, Love Your Life, she is also launching herLove Your Life concert tour this week, and she couldn't be more excited about it.

"I love the thought of people listening to my music in their homes and cars, but the thought of a concert filled with this new music as well as some oldies but goodies just makes me want to do a cartwheel in the living room—except, I'd pull a muscle," she says. "We have gathered some of the best musicians in Utah to be part of the show, and it will truly be a night that will remind us to celebrate life!"

In honor of Hilary Weeks and her new tour, here are five fun facts that you might not know about her.

1. Hilary is the first Mormon to break the top 10 on Billboard's Christian charts.

Hilary Weeks made Billboard history in 2011 when she became the first Mormon to reach Billboard’s “Christian Albums Top 10” chart with her album Every Step. Two years later, her album Say Love debuted at #9 on the “Contemporary Christian” chart.

She says of these accomplishments, “Breaking the top 10 on the ‘Christian’ Billboard charts for a second time was an exciting surprise! For me, the most important word in the prior sentence is ‘Christian.’ It has only been in the last few years that I’ve been able to say that I charted on Billboard, but I've always been able to declare that I am a Christian.”

Her inspiring song “Beautiful Heartbreak,” off her Every Step album, also landed on five Billboard charts, including the #1 spot on the “Top New Artists Indie” chart and #6 on the “Top Current Contemporary Christian” chart.

With so much success, fans might think Weeks is confident and comfortable in her craft. But she says just the opposite is true.

“I’m afraid to perform. I’m afraid to be on a stage. I’m scared that I’ll forget the lyrics or that I’ll trip and fall in front of everyone. My heart races out of control before I pick up the microphone,” she reveals.

“For years I wondered why Heavenly Father would give me a gift, ask me to use it, and then allow me to experience paralyzing fear. I finally realized the purpose behind it was to bring me to Him," she says. "The fear drove me to my knees, and my relationship with Him is strong and firm because of it. Over the years, the fear has lessened and my love for God has grown. I trust Him, and I know that when He asks us to do hard things, He will carry us through.”

It's said that the average person thinks 300 negative thoughts each week, and that's a statistic Hilary Weeks couldn't believe—until she counted.

"After seven days of counting each discouraging, gloomy, depressing thought, I felt discouraged, gloomy, and depressed," she says. “[Counting them] was giving them enough power to change my mood.”

Armed with this knowledge, Weeks set out to help others count their positive thoughts and be happier by creating the Live Positive app.

"Thousands of people have become 'clickers'—noticing and giving power to every positive, encouraging, motivating thought through clicking. And we invite you to join us!"

Weeks hopes to get to a combined 1 billion "clicks" between all the users of the app. "Think of the impact one positive thought can have. Now multiply that by a BILLION and watch the world around us change."

Learn more about the Live Positive challenge at billionclicks.org.

4. Hilary maintains balance in her family life and musical career by using one word—"no."

"It’s not an easy one to say," she says. "I think it was Steven Covey that said it is easy to say no when there is a deeper yes burning inside. So a lot of things that I have wanted to do I have said no to because I wanted to say yes to my family. I don’t want to look back and say, “Well, I remember singing a lot of nice songs, but I don’t remember raising my kids.” That is number one to me—being a mother and a wife—so sometimes I have to say no to some things that I sure wish I could have done.

5. Hilary received a life-changing piece of advice from the Spirit when she was just 25 years old.

When Hilary Weeks was 25 years old and living in Colorado with her husband and baby girl, she had planned "an amazingly terrific" Young Women activity. The only problem was that none of the girls in the ward thought it was amazingly terrific.

"It was a total flop," she recalls.

"I sat there thinking, 'This is a disaster. And to make matters worse, these girls are treating me like I’m an old woman.' I was only a few years removed from the youth program myself, and I sat there feeling like a dinosaur," Weeks says. "None of the girls thought I was cool.”

She continues, "As I drove home, I cried. Then the Spirit whispered a piece of advice that changed my life: “Don’t worry about what others think of you. Worry about what they think of themselves when they are with you.” 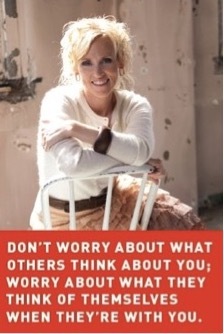 "I live by that now," she says. "It takes all the pressure off. All I need to do is care about others instead of myself. I can do that. And it feels really good."

Don't miss Hilary Weeks in concert this fall! And learn more fun facts about her in the MormonPop version of her "Say Love" video below.