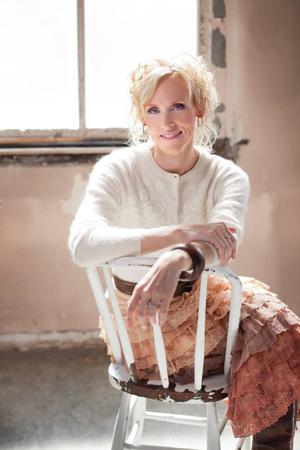 It comes two years after her last effort “Every Step”, which made history when it hit five Billboard Charts. Hilary became the first Mormon artist to break the top 10 on the Contemporary Christian Albums Billboard list.


Weeks released this statement yesterday: "Breaking the top ten on the Christian Billboard Charts for a second time is an exciting surprise! For me, the most important word in the prior sentence is 'Christian.' It has only been in the last two years that I've been able to say that I charted on Billboard, but I've always been able to declare I am a Christian."

Bob Ahlander, Director of Shadow Mountain Records, was excited to hear the news. “We are ecstatic!” Ahlander said. “For her to achieve this a second time shows just how strong her fan base is and how well her music connects with people of faith. We couldn't be happier for her.”

Say Love can be purchased on iTunes, at Deseret Book and wherever LDS products are sold.

For a taste of Hilary's new album, check out the music video for 'Say Love':

Read the rest of this story at ldsliving.com