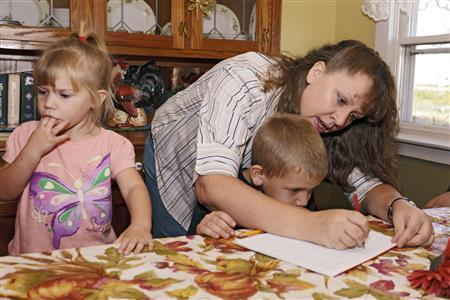 Homeschoolers love the GOP, except for Romney

As the girls dig in to their math problems, Farrier contemplates the Republican presidential candidates who are vying for the support of homeschoolers like her.

"They're wooing us. It feels really good," she says.

After decades on the margins of political life, homeschoolers have become some of the most valued Republican foot soldiers in Iowa, where a few thousand activists can wield an outsize influence in the first nominating contest in the 2012 presidential election.

Four years ago, homeschoolers helped push Mike Huckabee to a surprise victory in the Iowa caucuses over Mitt Romney's better-funded, better organized campaign.
Read the rest of this story at reuters.com