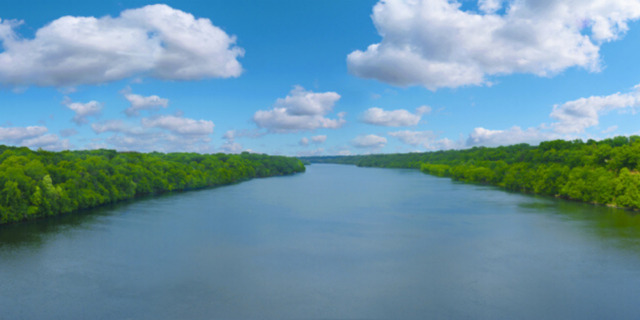 A few months prior, on May 6, former Missouri Governor Lilburn Boggs was shot at his home in Independence, Missouri. Within weeks, unsubstantiated rumors suggested that Joseph had ordered Orrin Porter Rockwell to assassinate Boggs. Recognizing that these accusations might result in an effort to force Joseph to return to Missouri to stand trial, the Saints prepared to protect their prophet, including by petitioning Illinois governor Thomas Carlin.

In July, a Missouri official carried an extradition request to Carlin. Even though Carlin had downplayed the possibility of extradition, he signed a warrant for the prophet’s arrest on August 2. It was Thomas King, undersheriff of Adams County, Illinois, who was responsible to carry out the governor’s order. King arrived in Nauvoo with two other officers and arrested Joseph and Orrin, the latter for attempted murder and the former as an accessory before the fact.

As soon as King made the arrest, the Saints sprang into action. Around noon on that day, the city council hastily convened and passed a new ordinance that directed the city court to examine the legality of arrests made in Nauvoo and gave the court power to discharge arrested persons if it determined the warrant to be illegal or malicious. The ordinance also allowed the city’s municipal court to select a temporary chief justice in cases where the chief justice (in this case Joseph Smith) was absent or otherwise unavailable. At about 1:00 p.m., the municipal court met and, in light of the new ordinance, elected Orson Spencer to act as chief justice in Joseph’s place. Spencer then issued orders for Joseph and Orrin to be presented to the court, and the city marshal delivered the orders to King between 2:00 and 3:00 p.m. Uncertain how to proceed, King and the other officers left Joseph and Orrin in the hands of the marshal and returned to Governor Carlin for further instruction.

► You may also like: Tithing Paid in Cows and How Pioneers Performed Plural Marriages: What's Inside the New Joseph Smith Papers Volume

Joseph and Orrin immediately crossed the Mississippi River to Zarahemla, Iowa Territory, where they hid in the home of a church member—the other Thomas King. On August 10, while Joseph and Orrin hid at King’s home, the Hancock County Circuit Court directed the undersheriff Thomas King to bring Joseph before Justice Stephen A. Douglas. But when the undersheriff arrived in Nauvoo later that day, Joseph was nowhere to be found.

Late that night, Joseph asked church member Thomas King for help in secretly returning to Nauvoo. At about 2:00 a.m., after Joseph met with friends and family, he and King prepared to row back across the Mississippi. King remembered that Hyrum Smith came to see his brother off: “As Brother Joseph was stepping into the skiff,” King recalled, “Brother Hyrum says, ‘Well, Joseph, you must put your trust in the Lord.’ Brother Joseph looked at him and smiled and said, ‘I always do that in fair weather, but in stormy times like these I try to take care of myself. But whether I put my trust in the Lord or not, remember I am your Brother.” Joseph cared deeply for those who loved and helped him. A few hours later, after crossing the river, he called King a “true friend.”1

The next day, Joseph fled from King’s home when men approached in search of him. Joseph continued to hide and outmaneuver the undersheriff Thomas King and the other officers trying to arrest him by moving in and around Nauvoo. It seems Undersheriff King had reservations about his assignment, apparently telling a Nauvoo resident that “he believed Joseph was innocent.”2 Meanwhile, Church member Thomas King continued to be of service to the prophet and the Church, for which he was blessed. On August 27th, he donated wheat and flour as a tithe, after which Joseph authorized him to use the baptismal font in the basement of the unfinished Nauvoo temple.3 There, King and other members of the Church performed baptisms for their deceased ancestors. Not long after he had offered Joseph a kind of temporal salvation, King performed acts that opened the door to eternal salvation of his kindred dead.

The conclusion to this tale of two Kings speaks to a truth at the core of Joseph and the Saints’ experiences in the summer of 1842; it indicates that the temporal and the eternal are intertwined. Soon after Church member Thomas King addressed an immediate threat to Joseph’s life, he sacrificed material goods, which gave him access to the spiritual means of assisting in securing the eternal lives of his kindred dead. Even more than in the past, today Saints have the opportunity to help others in need of temporal and spiritual salvation. Doing so will confirm that these needs, and the acts that they require, are bound up with each other. That realization will bring us closer to God and, in turn, return us to the real work of attending to the material and spiritual needs of our brothers and sisters. As Joseph taught in a June 1842 discourse to the Female Relief Society of Nauvoo, “The nearer we get to our heavenly Father, the more are we dispos’d to look with compassion on perishing souls— to take them upon our shoulders and cast their sins behind our back.”4

The months documented in this volume were times of dramatic change and increasing anxiety for Joseph Smith and the community of Nauvoo. The texts presented here, with their detailed historical annotation, make this volume a crucial resource for those seeking a deeper understanding of Joseph Smith as prophet of The Church of Jesus Christ of Latter-day Saints, as mayor of Nauvoo, as leader of the Nauvoo Legion, and as a man who, despite the constant pressure of events, continued to faithfully lead his people. Available now at DeseretBook.com.