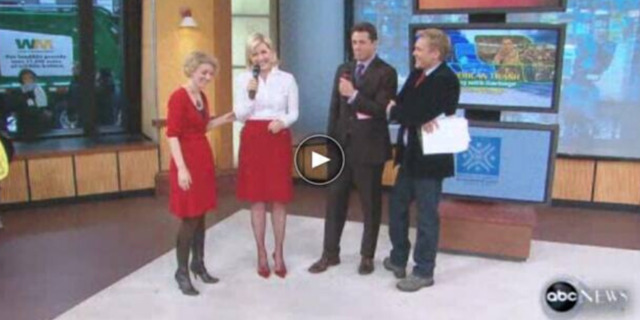 On this week's episode of  This Is the Gospel, single and living in the city, broadcast journalist Tamara decides to do something a little different for her 31st birthday: 31 dates in 31 days. But what starts as a fun blogging experiment quickly turns into big news and an even bigger spiritual eye-opener than Tamara initially assumed. Through these 31 dates, Tamara discovers more about who she is, how God sees the potential in all of us. . . and maybe even love.

Read an excerpt adapted from her story below. You can also listen to the full episode here or read a full transcript here.

Let's go back to New York in 2009. That's when this all started. Before that, I'd gone through two major breakups. You know, those heart heartbreaking types of breakups. You just aren't sure things are ever going to be mended again. And you start questioning yourself, you know, what am I doing wrong? And . . . am I lovable? You know all these terrible things that we start to ask ourselves, and that was where I was, and my 31st birthday was coming up.

Kind of truthfully I felt like I was a failure because I was still single. I know that sounds terrible to say, but I did. I did feel like I didn't get it at this point . . . that I didn't understand dating. I wanted to figure out what I needed to do to improve myself.

I decided that it was time for me to just go back to the very basics of dating. For me, that was first dates. It had been a long time since I'd just kind of dated. I decided I needed to just start over and go back to trying to develop friendships with people. For my 31st birthday, I thought 31 dates in 31 days. I kind of came up with a set of rules. The first 30 dates would be a first date, and I would blog about it along the way.

I would make sure to do something that wasn't just like, a sit-down dinner where it felt like I was like, interviewing the person in front of me. I wanted to make sure that the date lasted at least 31 minutes. I decided that if I were going to spend a month trying to invest in learning about myself and learning about men, I kind of looked at this a little bit of like my master's class in men. So I set a budget of $31 a date. And I had a secret rule for myself, no kissing any of these guys.

The 31st date, I decided, would be a second date. One of the guys that I'd met from the first 30 days. I'd hold a poll on my blog. . . people would help me decide who I would go out with on that second date. And date number 31 would occur on Valentine's Day.

I wasn't going into this thinking, "I'm going to find a boyfriend." You know, I had realized maybe a year before that I really was afraid of getting married. For some reason, marriage equaled being trapped. It kind of felt like I had been dating with this goal of getting married and then all of a sudden I thought, "I don't want to get married. Well, then why am I doing this whole thing?" I wanted to make sure that I was living life on my terms and with a full connection to Heavenly Father. I wanted to change myself. And I wanted to walk away learning something. . . . I wanted to walk away having a greater sense of who I was.

Date number four was with Ryan. We went to one of those classic Harlem churches and the singing and the clapping is reverberating throughout the entire room. There was a point when one of the people up front asked for people to testify. And Ryan stood up, and he testified. And he said, "I'm so glad that I came to this church today. . . never felt more welcome." I asked him, "What is it that makes you just really feel deeply?" He tells me that when he was seven or eight years old, he was sitting in the second row in their family's van. And he had his elbows up and his fists under his chin, leaning forward talking to his mom in the driver's seat. Right as that happens, she hits a patch of ice. Ryan goes flying through the windshield.  He said ever since then, he's realized how precious life is. I realized that there was something special about Ryan, there's probably something special about each of these guys that I was going to meet.

I started to appreciate more people around me, not just the guys that I was going out on dates with, but I was appreciating every single person and realized that everyone was special. I mean, I remember sitting on the subway and looking at other people and thinking, "Heavenly Father loves them just as much as he loves the rest of us.

So a lot of times, I hear a lot of people go, "what was the worst date?" Having a positive attitude, and thinking about what makes a guy so special makes it so that you don't have a lot of bad dates. Having said that, date number 21 was with Derek. And I thought Derek and I had so much in common. When I met him in person, he was so cold to me. I would ask him anything about himself and he would give me one-word answers. And I thought, "this guy is super rude and nothing is special about him."

I said a prayer to myself."Heavenly Father, please help me see the good in this guy." He tells me about how he has run an Iron Man. I was like, "That is amazing." I said, "Did you love it?" And he says, "No, I hated it, so I decided to do another one." What? Why would you do a second Iron Man, if you hated the first one, and he said, "Well, all of my friends told me that I was going to love it so much. I figured I needed to give it another shot." And we sat and laughed together. And he says, "Have all of your dates been this good?!"

And I said, " Well, no, they don't all start out great." He said something like, "yeah, I guess I wasn't that warm when we first met today. I read your blog. You went out with all these great guys. You found the best guys in New York City it seems like. How can I keep up with that?" I was like, "Derek, are you kidding me? You're amazing." I mean, he was one of the best guys in New York too, but I probably would have missed it had it not been for this project.

So my last few dates came and I needed to figure out who I was going to go out on a second date. But the 31st date was a little different. It was Valentine's Day. I was going to go on to national television— "Good Morning America" and "Fox and Friends"—and talk about who I'd picked. They were also going to follow me to dinner for the date that night.

I gathered a lot of blog readers over this time. I said, "Okay, guys, it's time. We're going to figure out who my Valentine's Day date is." I ran the poll with all the guys who were interested in going on national television. My friend Rachel had come over, and we're seeing all the poll numbers come in, and it's down to two guys. And I'm trying to figure out who to go out with, and I say "This one guy. I could see myself dating him, maybe even being in a relationship with him and having a lot of fun. But this other guy, I could really see myself marrying someday." And Rachel says, "Well, there you go then." She said, "Well, what's Heavenly Father's other purpose in dating? If you think that there might be something there with this guy, then go out with him." And so I did. 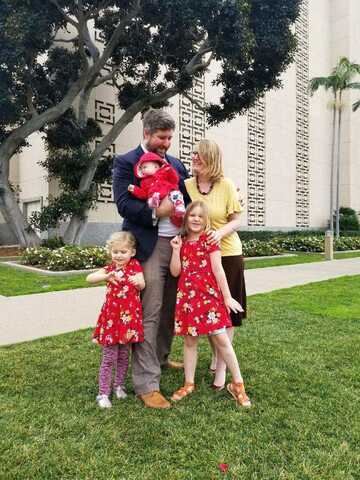 And a year later, we got married. And I cannot believe that that is like, my real story. That this whole project to figure out myself and what I was doing, quote unquote, "wrong", turned into this amazing ending that I truly didn't expect. And it's not just because I got married and it's this, you know, happy ending. It's a happy ending because I found love. I found true love, Heavenly Father's love—the way that he loves all of us.

You know, I truly believe that I was ready to learn something about myself and learn something about dating. And that Heavenly Father was probably like, "thank goodness! She's finally opening herself up to let me be in charge of this, like, move over a girl." And I really believe that when we give Heavenly Father the room to teach us well, He will show us lessons and a life way better than we ever could have imagined. He continues to show that to me.

There's a copy of my book sitting in our living room. I think someday when they [my daughters] are old enough to read it or to ask me about how we met, the lessons that I teach them are probably the same simple lessons that I learned. That I not only got to meet your dad through this, but I got to meet some pretty incredible people. And I learned how Heavenly Father loves each of us for who we really are. And that he loves them that way too.