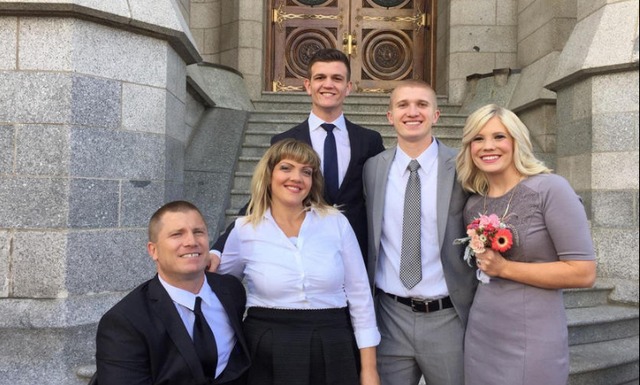 After basketball player from SUU was baptized in 2014, he knew his marriage would have an eternal impact, but he didn't expect it to convert his entire family.

When he was baptized a member of the LDS Church in 2014, John Marshall was excited about his new faith and wanted to share the gospel with others, especially as the then 19-year-old noted others his age were serving full-time missions for The Church of Jesus Christ of Latter-day Saints.

The Southern Utah University basketball player became a missionary, just not in the way he expected.

John and Lexi Marshall, who shared their spiritual journey with the Deseret News in January, followed through on their plans to be sealed in the Salt Lake Temple in April. What the couple didn't anticipate was how that special event would ultimately result in John's parents and brother deciding to join The Church of Jesus Christ of Latter-day Saints.

"That weekend was so special," Lexi Marshall said. "We will remember it forever."