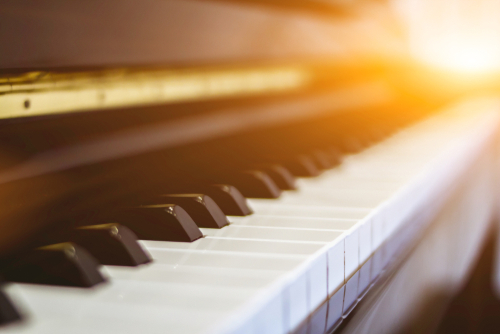 I was called as the mission president of the France Bordeaux Mission in 1989, and we arrived in Bordeaux in the month of July. The mission was just opening, and we were the first family to live in the mission home, which was still being furnished when we arrived. The mission home needed a piano, and we were encouraged to visit local music stores to find one. It seemed with each store we entered, seeing our missionary tags with the name of The Church of Jesus Christ of Latter-day Saints, the proprietor of the store would say, “I know one of your members, Philippe Moreau.” Philippe was a concert pianist of some reputation in Bordeaux, and I was impressed that he was so open about his beliefs. I expected to meet him soon. When we did not meet him, I asked the leaders in Bordeaux about Philippe Moreau. Their countenances saddened at the question, and they informed me that he was no longer a member of the Church. They explained that he had joined the Church in his late teens and had been a fervent disciple of the Savior, but then had moved away from the Savior’s teachings.

Some months later, I received a telephone call at the mission home. The voice on the other end of the line said, “Hello, Brother Andersen. This is Philippe Moreau.” I told him I was so happy to hear his voice, as I had heard his name so many times. He invited Kathy and me to a concert where he would perform as the featured concert pianist with the Bordeaux Symphony. He asked if he could talk with me sometime following the concert. We attended the concert and were thrilled with his amazing musical talent. I met with him shortly thereafter. He told me in the interview that he knew the Church was true and that he hoped he would have the courage one day to return to the Church, but for the time being, he was in a relationship, and he was not ready to return. I told him that the Lord loved him, that we loved him, and that we hoped to have him back with us.

Some months following this first interview, he contacted me again. He was very sober in his discussion, and while he did not tell me that he was ill, it was clear that he wanted to change his life. He told me that his life had been so happy as a young convert. He spoke of the power the Spirit brought into his life, and said that he loved sharing the gospel. He said that he received his patriarchal blessing and that it spoke of a mission. He said, “I was a pianist of great promise, and my professors told me that if I didn’t continue, I would lose the momentum of my musical progress. I turned down the opportunity of serving a mission.” He then added, “Brother Andersen, sadly, I did not progress at all as a concert pianist from the time I turned down the opportunity to serve a mission. Instead, I found myself more and more pulled to the feelings and a lifestyle that I knew were wrong, but I found hard to resist. Before long, I found myself out of the Church.” He explained his desire to repent. “I have ended my relationship. I am trying to keep the commandments. What am I to do now?” I connected my new friend, Philippe, with his branch president, Jean Caussé, the father of Gérald Caussé, the fifteenth Presiding Bishop of the Church. He was a great leader and a great friend for Philippe.

On those weeks when I was in the branch, I saw that Philippe Moreau served as pianist as the members sang the hymns. I was always happy to see him, and I could see that he was finding joy in his efforts to return to his faith.

Sometime later, I received a call from Branch President Caussé. He said, “Would you have time to go to the hospital with me to see Philippe? He has asked if he can see you.” Prior to my visit to the hospital, I did not know the seriousness of Philippe’s illness. President Caussé told me that Philippe had AIDS and was nearing the end of his life. At that time, AIDS was very difficult to treat.

As we stood at his bedside and I held his hands in mine, his eyes were filled with sadness and disappointment. He said to me, “Brother Andersen, I am dying. What does this mean for me?” (He was still a young man in his twenties.) He said, “My patriarchal blessing talks about children and grandchildren, but I will have none. What does it say about my life after this life? What does it say about my future?” We told him the Savior loved him and that we loved him. He asked, “When can I be rebaptized?” Having conferred on the subject during our trip to the hospital with Branch President Caussé, I told Philippe that should he recover well enough to be baptized, we would help him return as a member of the Church. If he did not, we would perform those ordinances for him in the temple.

Philippe bore his witness of Jesus Christ and the restored gospel and told us of his desire to keep the commandments. I reminded him of the beautiful words of the Savior: “With men this is impossible; but with God all things are possible.”1  We prayed together, and said our goodbyes.

Brother Philippe Moreau passed away within the next few days. His ordinances were performed for him following his passing.

There are sad experiences that make us wish we could return to the past and relive disappointing decisions. While you may wish your current condition were different, do not lose hope. It is never too late to reach out to the Savior. I testify that His love, His welcoming arms, and His eternal concern for your soul are absolute and certain.

Jesus said, “I am the resurrection, and the life: he that believeth in me, though he were dead, yet shall he live: And whosoever liveth and believeth in me shall never die.”2

"As surely as the sun will rise tomorrow," Elder Neil L. Andersen promises, "the Savior's divine gifts of repentance and of forgiveness, offered in the beauty of His encompassing love, are certain for those who come unto Him with full purpose of heart." In this book, Elder Andersen writes especially to those who are "awakening" unto God—those who are just beginning to discover or who seek the divine gifts and power of repentance and forgiveness in their lives. The Divine Gift of Forgiveness is organized in such a way that readers can choose the section or chapter that applies most to them and study it without having to have read from cover to cover. Leaders can similarly recommend specific chapters to those with whom they work. Filled with powerful doctrine along with stories and experiences, this book will help all readers become more devoted disciples of the Savior. Available now at Deseret Book stores and DeseretBook.com.