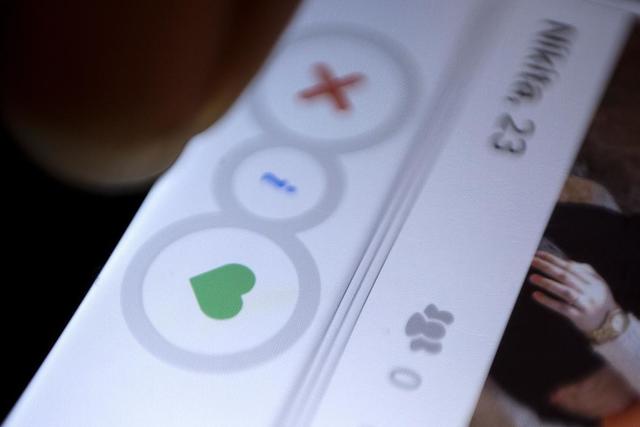 What Constitutes as Cheating Online? How Mormons See Adultery Differently Than the Rest of America

As part of their annual series Ten Today, where they look at how the ten commandments are relevant in today's society, Deseret News created a poll to learn how Americans feel about cheating and adultery in a time with new technology in the mix. The survey consists of responses from 1,000 Americans plus an oversample of 250 Mormons.

The poll showed that about three-quarters of Americans believe that having sex or kissing someone who is not your partner would be considered cheating. However, regarding the use of technology to remain in contact with someone who is not your committed partner brings about a less affirmative answer. From actively maintaining a dating profile while in a committed relationship to sending flirtatious messages online or following an ex on social media, more Americans feel this is not cheating.

The interesting part is how Mormons differ among the other religious groups. Mormons are more strict in most areas from all other religious denominations in America. The survey shows that 78 percent of Mormons agree that sending explicit sexual messages online and actively maintaining a dating profile while in a committed relationship is considered cheating, compared to the U.S. averages of 69 and 63 percent respectively.

Considering other activities—such as sending a flirtatious message to a non-partner, going to a strip club without the committed partner, or watching pornography without the committed partner—about two-thirds of Mormons say these activities are cheating. In comparison, about half to one-third of Catholics, Evangelical Protestants, and Mainline Protestants feel these same activities would be considered cheating while less than one-quarter of Americans feel that following an ex on social media would be considered cheating.

Mormons tend to value marriage and fidelity highly in part because of the teachings of the Church and modern day prophets on the importance of the commandments and family.

"Commandments are a blessing, my brothers and sisters, because our Father in heaven has given them to us in order to help us grow and develop the qualities we must have if we are to obtain eternal life and dwell with him. By keeping his commandments, we qualify for his blessings," said Elder Dallin H. Oaks in BYU devotional address. "We are warned against sexual sin because it is among the gravest of sins, which will forever separate us from God—subject only to prolonged and painful repentance—and which will in any case cause an immediate withdrawal of the guiding Spirit of the Lord."

This survey has brought an interesting light on where Americans and Mormons are at when it comes to cheating and adultery in the modern technology age.

“The results of this survey reveal areas of uncertainty and different definitions of what constitutes cheating in the digital age. It shows how the internet is adding a layer of complexity to the way we think about relationships,” said Allison Pond, Senior Editor, In-depth and Special Projects, Deseret News. “We hope this study will add insight into how we think about commitment in our own relationships and when it comes to public figures.”