How "Frozen" Can Inspire Us to Do Our Own Family History

When you think of family history work, some things that come to mind might be family trees, indexing—and now the Disney movie Frozen. FamilySearch recently published an article that highlights the inspiration behind Frozen and the ancestry of Frozen’s main characters.

While the mythical kingdom of Arendelle might not exist outside of the Frozen universe, it is based on the landscape, culture, and people of Norway. FamilySearch makes a few comparisons between Arendelle and Norway that might make you want to discover if any of your ancestors are from Norway.

Inspiration from the Landscape and Architecture

Norway’s landscape consists of fjords, mountains, and the forest. Sound familiar? Much of the action in Frozen takes place in a land that has all of these features.

Much of the vocal music in Frozen is based on the music of the indigenous people of Norway—well, maybe not “Let It Go.” But FamilySearch notes that even the orchestral film score uses traditional elements of Nordic music. “The bukkehorn and other regional instruments were used to record the music. Kulning—a traditional high-pitched Scandinavian yodeling call—also played a prominent role throughout the soundtrack of the second Frozen movie.” 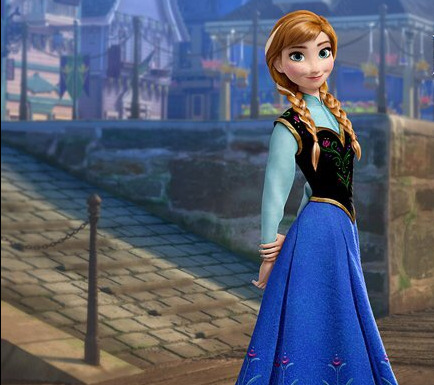 A Nod to the People and Customs

Trolls appear in Norwegian legends as well as in Frozen. According to legend, these trolls hide in the mountains, disguised as rocks during the day until night time, when they wreak havoc.

Trolls aren't the only familiar Frozen characters based on Norwegian culture. One of Frozen’s main characters is Sven, Kristoff’s pet reindeer. Traditional Norwegian people have herded reindeer for centuries, and reindeer can be seen in northern Norway. 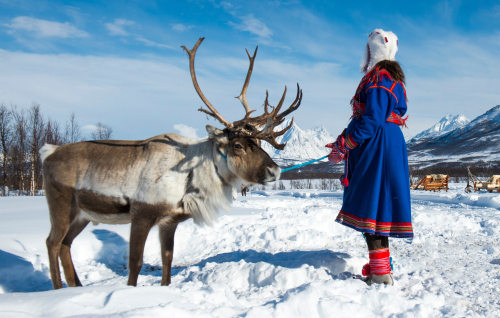 Here's another connection. The Norse people, commonly referred to as Vikings, settled Norway in around the ninth century. During this time, the Vikings created their own alphabet and set of symbols now called runes. These symbols were shown in Frozen. FamilySearch references that a prominent rune symbol is seen on the poster for Frozen II—the four-point snowflake. This design was “based on the Norse vegvísir, a compass intended to prevent the wearer from getting lost in a storm, which reflects the themes of the second movie.”

Lead image from of IMDB