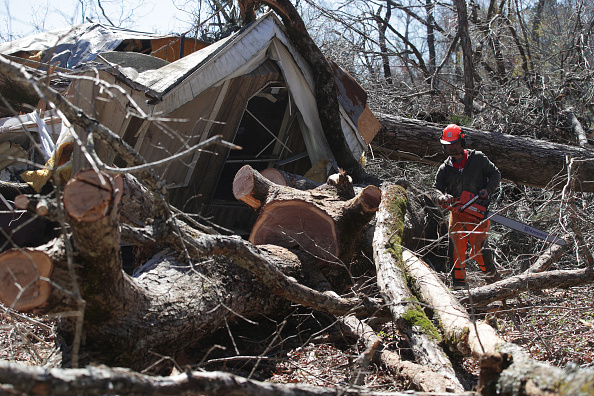 The tornado that devastated the Lee County community of Beauregard on Sunday, March 3, was the deadliest tornado in the United States in nearly six years. With winds estimated a 170 mph, the twister chewed an almost mile-wide path of destruction in Alabama for nearly 27 miles, the Associated Press reported.

A few member families displaced by the storm were staying with relatives or fellow members.