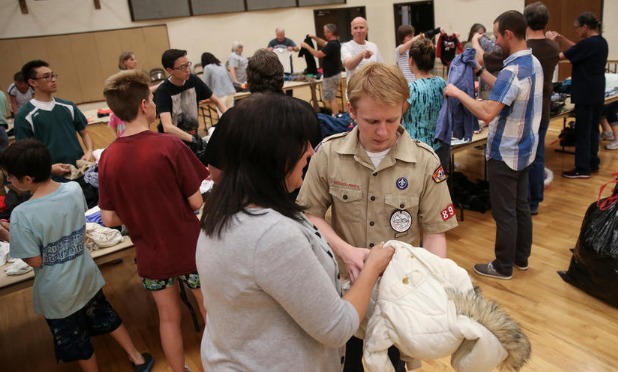 A century ago, many Armenians fled to Syria as refugees to escape genocide. Now, to escape ISIS and religious genocide, many of the descendants of these refugees are fleeing back to Armenia. Learn what some Latter-day Saints are doing to help.

Roaring through gears, a large truck lumbered up an on-ramp on to I-15 in Orem, Utah, late Friday afternoon and headed south, packed with boxes for beleaguered refugees halfway around the world.

The truck's driver was fully aware that the reason for his trip was rooted in two genocides—one that is 100 years old and the other as current as today's headlines—as well as his own arranged marriage and a fateful soccer game between the British and American embassies on the island of Cyprus.

The boxes in the back of his truck were full of winter coats, blankets, and baby clothes that will be indispensable by the time they complete their long ocean voyage to Armenia as fall begins to turn to bitter winter, months after they were collected, sorted and packed by an interesting mixture of neighboring Mormons, Orthodox and evangelical Armenians, Lutherans, dentists, and Boy Scouts in three Utah counties.

"Those clothes really will be desperately needed," said Garine Bekearian, the driver's wife and an Orem grandmother whose visit to a friend—an LDS bishop—mobilized multiple communities in ways that still marvel her.