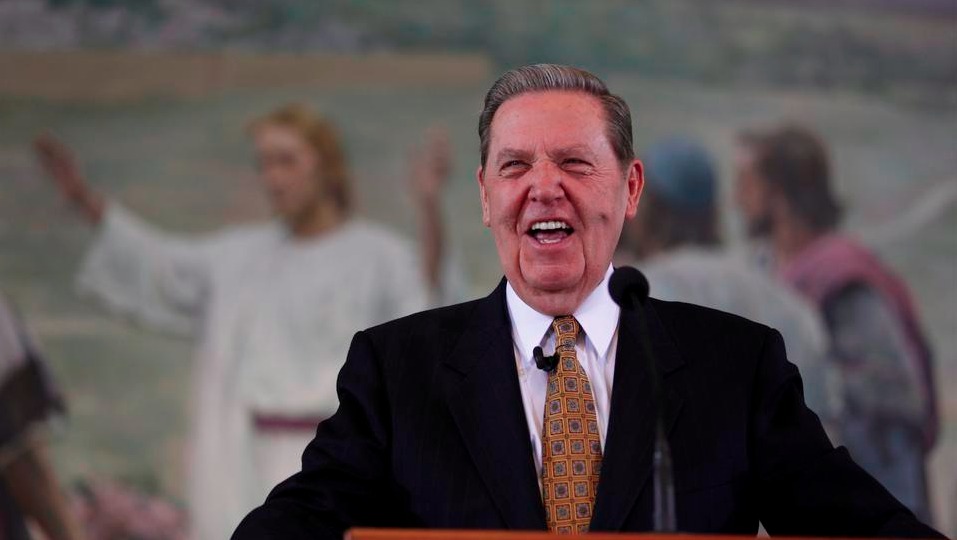 Joseph Smith once said, “…You don’t know me; you never knew my heart,” and I wonder if deep down, many of the apostles get frustrated with their inability to know, serve, and testify to each to us individually. I wonder if it pains them when their heart is about to burst and they can’t articulate their feelings adequately.

The only apostle I’ve ever been at arms length from was Jeffrey R. Holland. He rolled up in a modest Toyota vehicle at a ward in the Wasatch mountains and seemed to be in a huge hurry. (He was probably presiding at the upcoming meeting)

We were walking right at each other and then turned to the front door of the church. I recognized him but said nothing. I was a brand new dad and was carrying my daughter in her “carrying case” off to the side of my leg. There was really no one else around. I perceived that he really needed to get going and saw him hustle to the front of the door. I thought he might have just kept on going as one might do when they’re in a hurry. Instead, he got to the door… held it open… stopped us… looked at my newborn daughter and enthusiastically said: