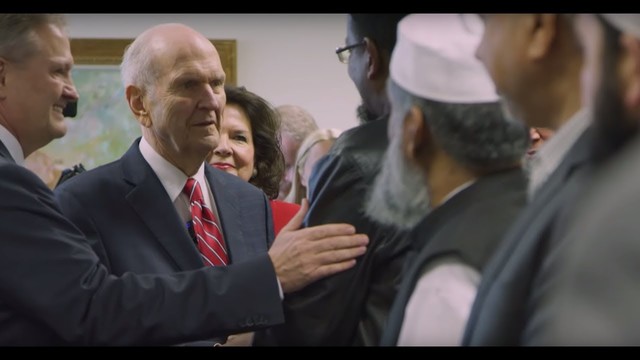 I knew something was wrong when my friends started marking themselves “safe” on Facebook. I remember thinking, “Safe? From what?” Then the message from my brother: “Did you hear about the shooting back home?”

I began frantically scrolling through the news to get a better idea of what had happened. My heart felt heavy as I saw the headlines: “51 killed and dozens, including young children, injured in New Zealand mass shootings targeting mosques.”

It was hard to feel any relief knowing that although my loved ones were safe, someone else was suffering from the news that someone they loved was hurt or had been killed.

I hardly slept that night. My ears rang with the echo of sirens. I pictured the emergency teams working against odds to repair frail bodies. I breathed in the scent of floral wreaths, piled high to honor the victims.

Time passed quickly after that. The shooting slipped out of the headlines and was no longer a topic of conversation. But I still felt a pit in my stomach that ached whenever I thought about the people affected by this tragedy.

Soon after, President Nelson toured the Pacific. I remember reading about his visit with the prime minister of New Zealand, Jacinda Ardern. He also met with Muslim religious leaders to donate funds to help repair the damaged mosques after the shooting.

I don’t remember the dollar amount, but I do remember the sentiment. For me, it was so much more than paying for a fresh layer of paint or repairing mortar. President Nelson was setting an example of faith and respect as he lovingly supported people of different faiths. It was a gesture of compassion and heartfelt concern.

Story by Rachael Freeman. Lead image a screenshot from a Church News video.