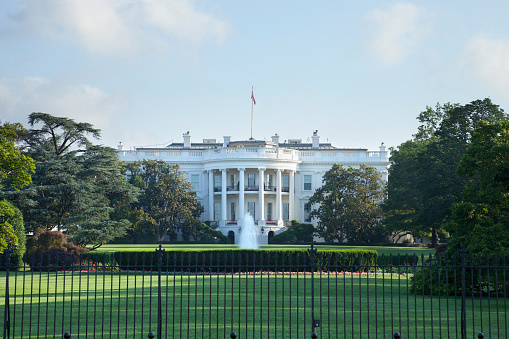 To serve and to intentionally reach out to help each other is a great blessing. When you can become a mentor for another because of personal experience you have gained, do it. Age does not matter; experience does. It is very feasible for an experienced youth to be a mentor to someone very much his or her senior.

Sometimes just the way a person lives provides a mentoring experience for others. Such a mentor in my life was President Ezra Taft Benson. When he was Secretary of Agriculture, he didn’t lay down all the principles he had lived with. He built them into what he was doing. My father happened to be on his immediate staff, so I had an opportunity to see a little closer than normal what occurred. Organizations from around the country would organize caravans, hundreds of buses coming into the nation’s capital, to pressure him to change his policy. He just stood there, listened to them, and politely said, “No.”

They threatened, “We’ll have the people vote against you.”

“Fine. As long as I have this assignment, this is the way it is going to be.”

When I would hear that Secretary Benson was going to be testifying on the hill, I would go up and watch in those committee meeting rooms how this great servant of the Lord reacted under tremendous pressure. He was accused of many things falsely in those hearings, but it never seemed to bother him. His integrity to what he felt was right was so firm and his convictions so deep that he wouldn’t let adversity or even false accusation bother him. The only emotion I ever saw in him during these experiences was once in a while the back of his neck would get just a little bit red. That was all. He wasn’t movable. He stayed right on the path.

He was one day readjusting and reorganizing those who worked immediately for him, and he called a man into his office and asked him if he would accept the responsibility of being in charge of credit services for the Department of Agriculture. This man had another assignment, a lesser one, in the department, and he said, “Mr. Secretary, I’m very honored and pleased that you would give me that assignment. I really enjoy what I’m doing, and I think I would just like to return to my office.” Elder Benson again invited him for this assignment, and he again graciously declined. Finally, Elder Benson said, “Ken, if you have anything in your office you would like, get it, because I would like you to come down here now and serve with me.”

That example was a tremendous one for the man who accepted the new assignment. He had an opportunity of living close to a man who was gifted and talented and was also obedient to the teachings of the Lord and was willing to give and share. The example changed his life, and he became a member of the Church. President Benson confirmed him a member. That man was my father. How grateful our family will ever be for the influence of that significant mentor in his life! 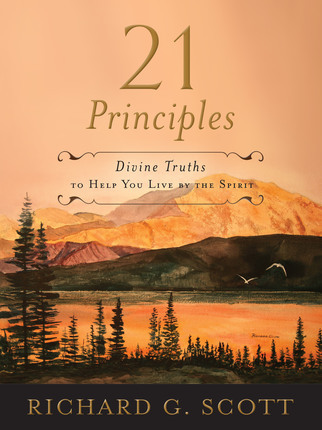 “As you seek spiritual knowledge, search for principles,” counsels Elder Richard G. Scott. “Principles are concentrated truth, packaged for application to a wide variety of circumstances.”

In this exciting book, Elder Scott offers 21 principles distilled from his life experiences. These “concentrated truths” will help you understand more fully how to be guided by the Spirit. Elder Scott's brief explanations open the way for your own discovery and exploration.

“I bear witness that Jesus Christ knows you personally,” Elder Scott writes. “He will provide answers to every difficult problem in your life as you trust Him and do all you can to understand and apply His doctrine and strive to live by the Spirit.” 21 Principles will be a valuable tool in that quest.