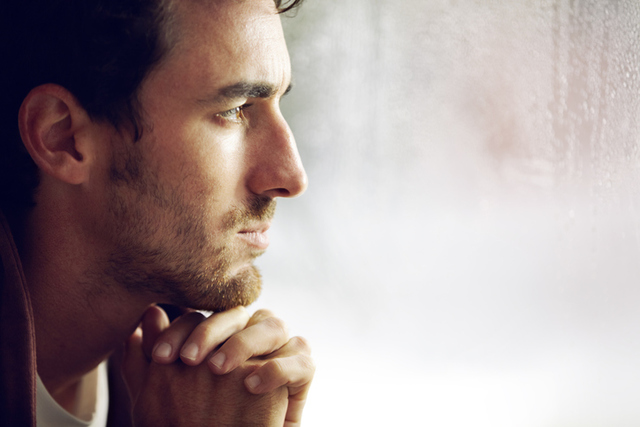 “The name of Jesus Christ,” the text message read. It was the topic I received from the bishopric member in the ward that I was assigned to speak to that Sunday as a member of the high council. I thought, “That’s a pretty vague topic.” I began to ponder what exactly I may speak about to that ward on Sunday. However, not really anything came to my mind throughout the week.

On Saturday, I found myself wondering, “What does the Lord want me to say to this ward?” That night, I prayed fervently to know the deeper meaning of the phrase “the name of Jesus Christ” and what I should speak about the next day. I felt like I wanted to connect this phrase somehow with the Atonement of Jesus Christ. I specifically asked Heavenly Father if He would reveal the meaning of this phrase to me. I ended my prayer and climbed into bed hoping something would come before my talk the next day.

The next morning, I awoke early and attended my 6:30 a.m. high council meeting. As part of the meeting, the stake presidency showed us some video clips from the apostles. These video clips were distributed to all stakes and ward councils and contained specific training from the First Presidency and Quorum of the Twelve Apostles to the general authorities right before general conference in April 2015. Many of the apostles spoke, just for a few minutes, sharing and teaching different things as part of the training—all connected to the subjects of keeping the Sabbath day holy and the sacrament.

I thought everything taught was enlightening and inspirational. But then it happened—an answer to my prayer in a most unusual and very direct way. Then-Elder Dallin H. Oaks got up and began to speak. He said, “What does the name of Christ and that covenant mean? The most frequent single meaning of the scriptures that refer to the name of the Lord seem to mean the work of the Lord, His work, His Atonement, His mission . . . . The name of Christ stands for the substance of the gospel—the Atonement of the Lord Jesus Christ.”

I about fell out of my chair! That was an exact answer to my prayer the previous night. All of the scripture verses using the name of Christ are referring to His work, His mission, and specifically His Atonement. It makes perfect sense! How did I miss that before? The name of Jesus Christ essentially is His Atonement!

I thought about how, as Latter-day Saints, we often have the opportunity to invoke the name of Jesus Christ in our talks, prayers, testimonies, lessons, priesthood blessings, and priesthood ordinances. I thought about how often this ending phrase is slurred or spoken in such rapid speed. Oh, how I wanted to tell the world what I had learned!

Of course, the Lord knew I would be giving a talk on this subject. He knew I would be at my meeting that morning and orchestrated a simple answer to my prayers in such an amazing way! Elder Oaks was inspired to speak about this almost two months prior. Needless to say, I was grateful and amazed.

I immediately went home and searched the scriptures with Elder Oaks’s words in mind. Little by little, verses I had read many times took on a deeper meaning. I found many verses utilizing some form of the phrase “the name of Jesus Christ” that I now understood was ultimately referring to His work, His mission, and most importantly, His Atonement!

Here are a few of the verses I studied:

“. . . all those who shall believe on his name shall be saved in the kingdom of God”

“. . . salvation might come unto the children of men even through faith on his name”

“. . . through his name whosoever believeth in him shall receive remission of sins”

“. . . there is none other name under heaven given among men, whereby we must be saved”

“. . . believe that Jesus is the Christ, the Son of God; and that believing ye might have life through his name”

“And we know that all men must repent and believe on the name of Jesus Christ, and worship the Father in his name, and endure in faith on his name to the end, or they cannot be saved in the kingdom of God.”

And after many days an angel of the Lord appeared unto Adam, saying: Why dost thou offer sacrifices unto the Lord? And Adam said unto him: I know not, save the Lord commanded me.

And then the angel spake, saying: This thing is a similitude of the sacrifice of the Only Begotten of the Father, which is full of grace and truth.

Since the days of Adam and Eve, we have been commanded to invoke the name of Jesus Christ  as we repent and call upon God. Applying Elder Oaks’ thoughts, we are essentially invoking His Atonement as we do that. Doesn’t that make perfect sense? Isn’t that the way we connect with our Heavenly Father and ask for forgiveness of our sins—through the Atonement of the Jesus Christ?

I had plenty of great things to speak about as I left for sacrament meeting that morning. The Lord had filled my mind and my heart with truth—truth that I could deliver to the ward I was assigned to speak to that day. I was grateful for the answer to prayer I had received. However, little did I know that the best was yet to come. In fact, the next part came to me like a lightning bolt as I sat on the stand during the sacrament. As I listened to the sacrament prayer on the bread, my eyes shot open as I realized that we invoke “His name” twice during that prayer.

Each week when the priest blesses the sacrament, he repeats the words “O God, the Eternal Father, we ask thee in the name of thy Son, Jesus Christ . . .” or essentially, we ask our Eternal Father through the Atonement of His Son to bless and sanctify the bread—the symbols of His Atonement.

Then the words are repeated, “and witness unto thee, O God, the Eternal Father, that they are willing to take upon them the name of thy Son . . .” or essentially we show our Father that we want to take upon us the work, the mission and most importantly, the Atonement of His Son throughout the coming week.

Like Captain Moroni’s people, let us not “be ashamed to take upon [us] the name of Christ” for “all those who [are] true believers in Christ [take] upon [us] gladly, the name of Christ” (Alma 46: 21, 15). This is our opportunity, our privilege, and our blessing—it is our salvation. In D&C 35:2 it says, “I am Jesus Christ, the Son of God, who was crucified for the sins of the world, even as many as will believe on my name, that they may become the sons of God.”

Since that day, the phrase “the name of Jesus Christ” has taken a much deeper meaning for me. I have strived to help my children understand what it means when we use it and the sacredness of what it stands for. I fear too often in the Church it is the colloquial ending to anything we do. May we strive to reverence Him and His name, which essentially is His Atonement in all that we do in the Kingdom.