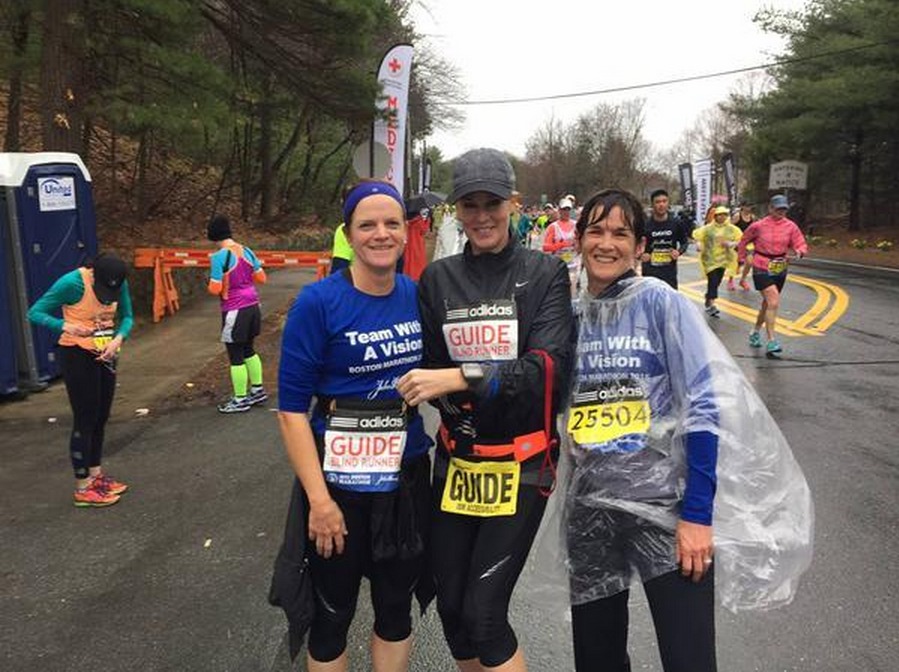 How This Blind LDS Woman Ran the Boston Marathon

When Becky Andrews crossed the finish line of the Boston Marathon — one of the best-known races in the world — on April 20, her friends and family were there to greet her. As her daughter, Natalie, gave her “the best hug ever” she also whispered in her mother’s ear, “Thanks for showing me that we can do hard things.”

Competing in a marathon can be a daunting task for both professional and amateur runners. Running 26.2 miles offers ample opportunity for possible roadblocks and unforeseen obstacles such as rough terrain, injury, inclement weather and/or fatigue. Yet for Sister Andrews, a member of the North Canyon 5th Ward, Bountiful Utah North Canyon Stake, the feat is further complicated by the fact that she can’t see the course. She’s running blind, literally.

The course that led her to participating in the Boston race has been its own kind of marathon — one that started when she was diagnosed at 18 with retinitis pigmentosa, a rare disorder that involves the breakdown and loss of the cells in the retina. She began to experience “tunnel vision,” until the tunnel got gradually smaller. Now all she can see is a small, fuzzy peephole in one eye.