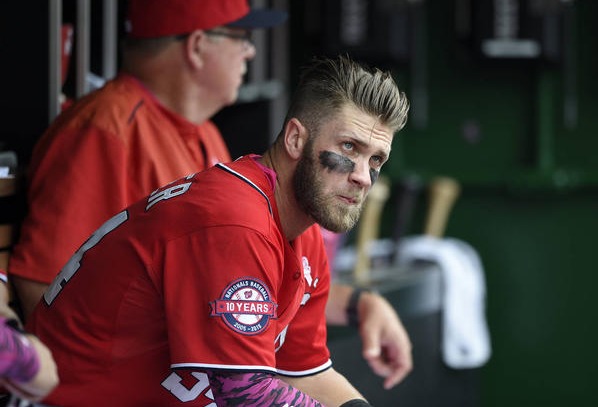 I’m going down to watch Bryce Harper of the Washington Nationals play baseball.

I want to catch him before he cools off. As I write this, Harper has hit six home runs in the past four games. If he keeps up the pace, he’ll have 210 by October.

Harper, as many know, is a member of The Church of Jesus Christ of Latter-day Saints. But he’s not your father’s Mormon. He has shaggy hair, a beard, a brash style and he plays the game with abandon.

When Harper first came into the league, one pitcher hit the rookie with a pitch and admitted he did it on purpose.

For Latter-day Saints who get a sense of security from uniformity, Bryce Harper can be tough to digest. But at heart, he’s all LDS.