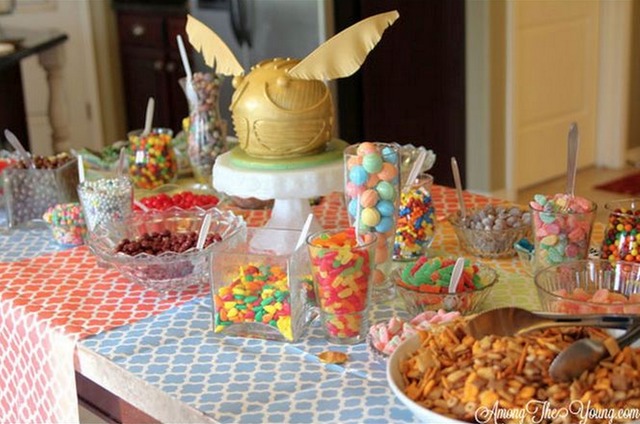 MR says: It's Harry Potter's birthday, and you could be celebrating it making wands, drinking butter beer, and helping raise money for kids with cancer.

After watching an Imagine Dragons' music video and learning about a local charity, an Orem woman felt inspired to help and is putting on a Harry-Potter themed event to raise money for the foundation.

In 2014, Young decided to throw a small Harry Potter-themed fundraiser on her and the character's birthday, July 31. She said around 20 people attended the first event and they raised around $200 for the Tyler Robinson Foundation. However, she felt inspired to recreate the fundraiser on a bigger scale, and in May 2015, she contacted the Shops at the Riverwoods in Provo.

"At Riverwoods, at every event that we do, we connect it with a charity," Shops at Riverwoods marketing director McKell Law said. "I think everyone feels that connection and knows someone who has fought with cancer so everyone felt a connection and we had a lot of people donate a lot of really great things to the auction."