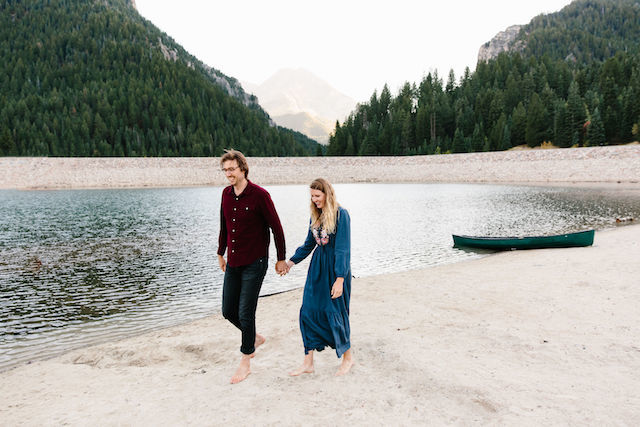 From the outside looking in, Crishelle Simons says she grew up in the ideal Latter-day Saint family.

They did all the things you would expect a Latter-day Saint family to do, like family prayer, scripture study, family home evening. Her parents were even pilot missionaries for the Church's pornography addiction recovery meeting.

"Growing up, I just chose to believe that they [Crishelle's parents] were experts on Jesus and that they didn’t have personal experience with pornography," Crishelle says of that time.

However, one day, when Crishelle was 12-years-old, she found out something about her father that changed everything.

"I was sent by my mom on an errand to my dad's home office," she says. "And I knocked on the door and walked in with his lunch and I caught him relapsing in pornography."

Leaving the lunch, Crishelle ran and locked herself up in her room. She says she didn't want to come to grips with what she had just seen. Her dad, who says was supposed to be her "knight in shining armor" was, in her 12-year-old mind, the bad guy.

Crishelle's mother, who knew about her husband's addiction, talked to Crishelle about what she had seen that day, but at the time, her family was not ready to talk about her father's pornography addiction openly.

When she entered her teenage years, Crishelle found it difficult to trust the boys her age. Because of her parents' pornography addiction recovery presentations, she knew the statistics about the boys her age and pornography. And at the time, she wasn't ready to reconcile the wedge of distrust between her and her father's addiction.

Years passed and her family seemed to heal and everything had returned to normal.

"Things were going really good again," Crishelle remembers of that time. ". . . And by the time I left on my mission, I felt like I was ready to teach people about Jesus because my family had been there. We had almost been destroyed so many times by pornography and we made it."

Though she still worried about her father from time to time, Crishelle says she didn't think about his addiction very much while on her mission. And when she came home, it appeared that some circumstances in her parents' lives had actually brought him closer to the Savior.

One day, however, Crishelle's father and mother went on a drive together.

"I was like, 'They're in love!'" Crishelle says. "'This is so wonderful! This is perfect. God's blessing me. I went on a mission and this is so perfect. Everything is working out.'"

However, the morning after her parents' date, Crishelle could sense something wasn't right. Her father was MIA, not up making breakfast like he usually did. And when her mother walked into the kitchen, "I will never forget the look on her face," Crishelle says. "Because I knew in that moment that it was either everyone had died in our family or my dad had committed adultery. And it was one of those moments that I knew nothing was going to be the same. Everything was going to change."

Listen to the rest of Crishelle's story below: